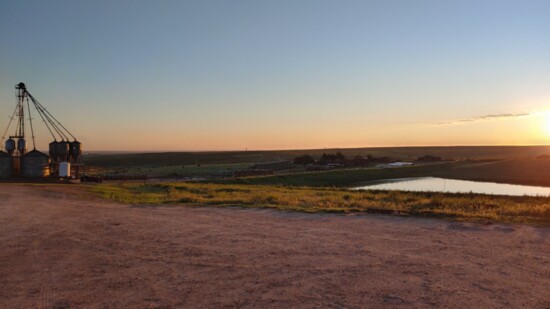 Building Community, One Steak at a Time

The world was a different place when Mike Callicrate graduated from Colorado State University with an animal science degree in 1975.

His college courses had prepared him to embrace economy of scale and help industrialize the meat industry.  He eventually set up a state-of-the-art 14,000-head feedlot in Kansas.

“I was cutting edge,” he says.

In a perfect world, ranchers ranch, meatpackers pack the meat, retailers sell the meat – everyone has a niche and the different businesses complement each other. But as the meatpacking industry consolidated again and again, there was less competition. Four packers now control 80 percent of the market–a situation that has put countless smaller, independent ranchers like himself out of business, Callicrate says.

Discouraged, Callicrate decided “this is not a business I want to be in at all.” He and a group of ranchers sued. A federal jury in 2004 awarded the ranchers $1.28 billion in damages after it found the country's largest beef packer used illegal cattle contracts to artificially hold down the prices it paid them. A judge later overturned the decision.

By that time, Callicrate had switched gears. Rather than continuing to fight a system that he believed was stacked against small ranchers, he decided to build an alternate path to consumers.

In 2000, he formed Ranch Foods Direct to market his own cattle. Since that time, he has been transitioning his Kansas ranch to a multi-species, regenerative agricultural model, using natural methods to improve the health of the land and livestock and people. That means no performance enhancing drugs while raising the animals and no fillers or chemicals in the meat. He also added an on-farm slaughter facility to reduce stress on the animals.

“My whole life is about opposing concentrated power,” Callicrate says.

He thinks the industrial model of agriculture has failed and is unsustainable, whereas local/regional food systems not only feed locales around the country, but also help those same areas thrive economically by keeping revenue local.

Ranch Foods Direct’s two retail stores market and sell their high-quality meats here in Colorado Springs along with offering other local, artisan food products like Sawatch butter, Sourdough Boulangerie bread, heat-and-eat meals and soups, cheeses, prepared items like jams and salsas, a produce section with Colorado grown vegetables and fruit and a handful of other items such as handcrafted soaps and charcuterie boards.

“I’m not too sure we’re any higher,” Callicrate says. “We have our own supply chain. Our prices are very competitive with the big box stores.”

They save costs by eliminating the middleman. They raise the animals, harvest them on-site at their ranch in Kansas and sell directly to the consumer.

In addition to space on their store shelves, they also provide workspace and on-site storage for numerous other local businesses, including Axe and the Oak Distillery and Goat Patch Brewing Company.

Owner Matthew Campbell says his goal is to scale and grow his business “responsibly and wisely. If you grow too fast, it’s not necessarily a great thing.” One step at a time, working with others in the community.

“These are the kind of enterprises that make communities thrive,” he says. “It’s all about building community. … I think in helping others, you help yourself.”

Walking into Ranch Foods Direct is a bit like traveling back in time to our great grandparents’ era, when food and goods were produced within the community for the community. Less packaging. Less transport. Less waste. Jobs were local; money stayed local.

Callicrate now is working to take those local partnerships to a new level in northern Colorado Springs.

“We are looking at a possible site to build a new-concept, local/regional food market, where many food related businesses can co-locate and own a share of the real estate,” he says.

Businesses ranging from a fresh meat market to a bakery, a brewery, a distillery, a cider maker, a creamery, a coffee roaster, various eateries and others would use the market to support the region’s farms, ranches, and makers of good food.

“The owner/operated businesses will hold a common mission – to build healthier, more sustainable, and resilient communities around local/regional food.”