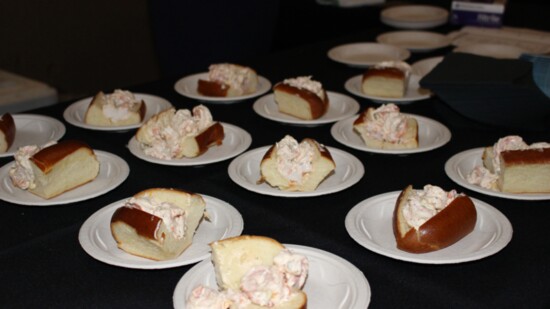 One of South Carolina’s most anticipated food events, the Taste of Lake Murray, was named a Super Regional Qualifier for the world’s largest Food Sport event, World Food Championships (WFC).

In May 2021, at the annual Taste of Lake Murray event, sixlocal South Carolina chefs were selected to be the first-ever Team Lake Murray Country.  These six chefs, listed below, will compete at WFC’s 9th Annual Main Event, November 5-7, in Dallas, Texas.

“We are thrilled to be taking our regional chefs to the World Food Championship and excited to bring a taste of South Carolina’s superb culinary to this national championship event,” said Miriam Atria, President/CEO, Capital City/Lake Murray Country regional tourism board.

The categories that the chefs will be competing in are Bacon, Burger, Sandwich, Seafood and Chef.They are teaming up to create a winning dish where more than $300,000 in prize money is up for grabs.

“We really look forward to learning more about the cuisine and talent from Lake Murray Country,” said Mike McCloud, WFC President and CEO. “These strategic qualifiers not only highlight the great local cuisine from America’s diverse regions, but they end up giving new groups of chefs and cooks a chance to develop life-long friends at WFC that share the same passion and purpose of food through competition.”