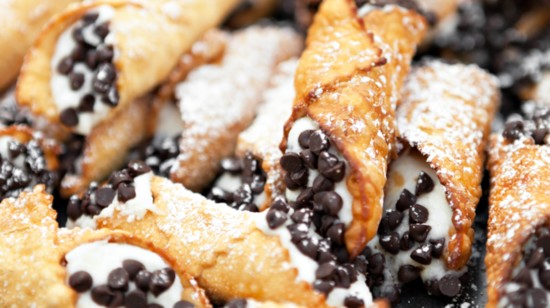 When Francena Giallombardo Hall was a little girl, one of her favorite places was her nonna’s (grandmother’s) kitchen. “Nonna was always cooking,” Hall said. Like many of her generation, Nonna was an improvisational cook. “She used a pinch of this and a handful of that and was a delight to watch.”

As an adult, Hall made her own kitchen the center of life, cooking just like Nonna did, with memorized recipes altered at will to suit individual tastes. One day, however, she realized that Nonna’s traditional ways of cooking were in danger of being lost forever. “I’d better write these down,” she told herself; and the result was Recipes My Nonna Taught Me, a cookbook that preserves these authentic Italian recipes.

The cookbook caught on, through word of mouth and Hall’s in-person marketing efforts. What started as Hall making a few copies of the recipes for her husband’s office quickly turned into visits to area businesses, festivals and eventually cities with large Italian-descent populations.

Hall was surprised at the audience that emerged for the cookbook. She expected it to find a home on the bookshelves of mothers who were searching for dinner solutions. Instead, she found her largest audience to be older Italian Americans who wanted help finding and remembering the recipes they loved in their youth.

Just like Nonna, Hall views her recipes as guides, more than directives. She encourages readers to adapt the recipes to their own tastes and needs. Then, she notes, the recipe becomes the cook’s own, to be passed down to future generations.

Recipes My Nonna Taught Me started as a way to preserve family history for Hall’s daughters, but has become a way of sharing Italian heritage with a wide range of people. Nonna would be proud. Send inquiries for purchase to francena514@gmail.com.

For shell: Mix ingredients and thinly roll dough. Cut into squares. Put a tube* in the middle of each square and roll dough around the tube. Heat skillet with olive oil, add tubes and cook until dough blisters. Immediately remove from the skillet and cool. Remove dough from the tube.

For  filling: Mix ingredients together and fill shells. Sprinkle with sifted powdered sugar. Refrigerate immediately after filling. Cannoli are very perishable and should be consumed as soon as possible after filling, because the shell should be crisp.

* A cannoli tube, or “form,” is needed to prepare the shell. Any cooking store will have them.