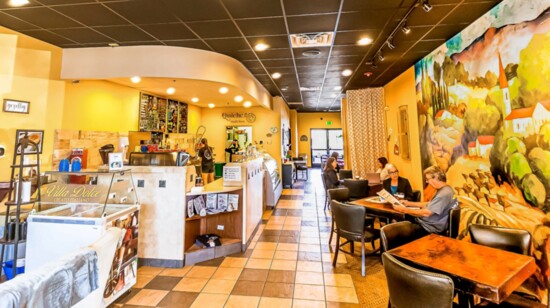 Judy and Vaughn Pepper, A Love for Community and Coffee

One of Westminster's favorite coffee shops offers a seat for everyone.

Creating a publication like this is only possible in community. The gifts and talents of many people come together over many meetings and conversations. A lot of face-to-face conversations turn into important decisions. The venue for a lot of these conversations was a special place in an unassuming shopping center at 112th and Federal. A place where this publisher met new friends including a lovely couple named Vaughn and Judy.

Westminster locals who know, know. It’s where to go for coffee when you’re looking for more than the same old cup of drive-thru joe, where you’ll find great coffee drinks, tasty treats, a welcoming atmosphere… along with lots of heart and a great love story. Welcome to Zoe’s Coffee.

Before you fall in love with the coffee and the people, owner Judy Pepper (who is grandmother, or “Nana,” to Zoe, the shop’s namesake) says you need to know that the original family business isn’t even coffee--it’s law enforcement. Judy’s late-husband and business partner, Vaughn, served 32 years for the Westminster Police department. He passed away earlier this year.

It was because of Vaughn’s job that in 2008, he noticed a coffee kiosk for sale at Westminster City Hall. He had been dreaming of starting a restaurant for awhile, but Judy wasn’t so sure. She thought to herself, “if we do this instead, maybe that will keep him busy.” The rest is Zoe’s history. The Peppers were in business, serving up fresh coffee to the city’s civil servants.

In spring of 2009, Zoe’s Coffee moved to Commerce City Civic Center where they were reaching even more customers. Then in April 2012, after Vaughn retired from police work, the Peppers, loving the coffee business and working with each other, felt a nudge to move forward with their dream of opening a full-service coffee shop. On July 10, 2012, Zoe’s Coffee in Westminster opened its doors.

A few things make Zoe’s special. One is their local focus. Zoe’s is committed to serving to and buying from the local community. Sixty-five percent of their purchases are local, including the Colorado-based Coda coffee. Zoe’s is a place where neighbors chat about their days, business owners conduct meetings, and children come to read a book and get a treat. City officials gather at this hub for community leaders regularly.

Zoe’s atmosphere is cozy and functional. When you walk in the door, you’ll  notice the warm and welcoming 14-by-12 foot mural of a Tuscan landscape. You’ll also find a cozy sitting area with a TV and bookshelves filled with used books for sale. There’s a special table in the middle of the shop that Judy calls “the confessional.” It’s a small space for 2 or 3, flanked by curtains that frame the table for privacy. It’s the perfect place to enjoy a coffee date or conduct an interview. There is plenty of workspace in the back, where students and professionals can plug in laptops and work away while sipping on their favorite coffee drinks. It really does seem like there is a seat for everyone at Zoe’s.

The staff at Zoe’s are more than your ordinary talented baristas. There is Janie, the resident handyperson, who can fix anything. There’s Kami, who is known as the speediest drink maker in the house. Carly is smart and quick and known as someone with leadership potential. Judy feels in her heart that God set her up with a stellar staff before her partner - in life and in the coffee business - passed away. Hiring barista Madeline was the last business decision Vaughn and Judy made together. Judy’s family also is involved at Zoe’s. Her daughter Jennifer (Zoe’s mother) often helps out, and her son Shawn brings his mom meals.

While every member of the Zoe’s family has a special role, one face is definitely the most popular. His name is Chai, and he’s a three-year-old caramel-colored Shih Tzu. Chai’s likeness graces signs in the shop (you can even buy a shirt with his face on it), and if he happens to be there, he’ll definitely let you scratch behind his ears.

You’re never a stranger at Zoe’s. If you get to know Judy and tell her what you do, soon you’ll be meeting other Westminster locals you need to connect with. It’s no wonder Judy knows how to connect with people. The business is based on the love and respect that began with Vaughn and Judy. Judy remembers fondly her first day making and serving coffee with Vaughn. Mainly she remembers how handsome he was, although he didn’t know it, and always conducted himself humbly.

Judy and Vaughn’s business story has also always been their love story. As a couple doing business together, they instinctively seemed to know how to make it work. Judy says they agreed about most business decisions pretty easily, as if they were on the same wavelength, even though Vaughn liked to joke with her, too. (A typical early-morning drive together to work might include Judy exclaiming, “I have an idea!” to which Vaughn would jokingly reply, “Oh no!”)

They began their partnership by writing a list of the other’s best attributes and agreeing to let the other shine and stay in their own lanes. Judy has always been the people person. Vaughn was usually the behind-the-scenes guy. Judy was the spark, and Vaughn provided the practicality--together the team who created such a gem of a hangout.

Judy says she’s still learning to run Zoe’s on her own, but she’s got Chai, her amazing staff, her regular customers, and the community of Westminster behind her. 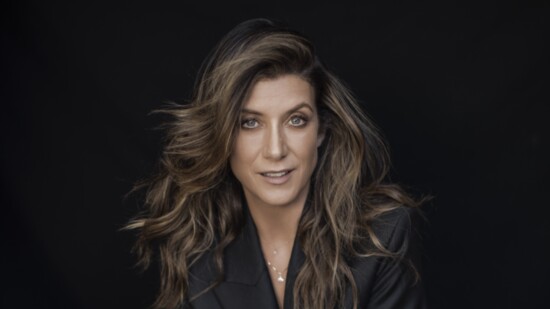