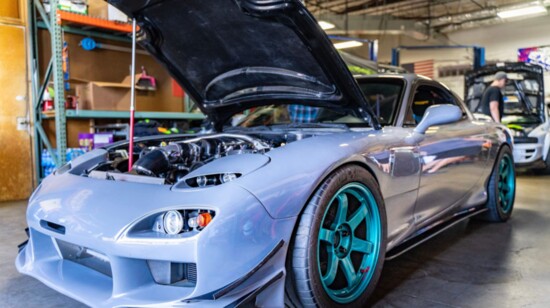 The Need for Speed

Article by By Mary Barthelme Abel

“As any new business owner will tell you, making the leap is scary, but you have to take the risk if you want a shot at the reward.” - Scott Molitor

In 1997, Scott Molitor’s family moved to Parker—just in time to start his sophomore year at Ponderosa High School. “It was super traumatic for me,” he recalls. “Coming from a small town in Minnesota to Parker was a huge change.” Years later, with a thriving business and a family of his own, he can’t imagine living anywhere else.

Scott is the owner of Mofab, LLC, a performance automotive shop specializing in part installations, custom alignments, small fabrication work and engine tuning for both street and race cars. “My passion for cars started young,” Scott says. “I just wanted to make cars go fast, handle better, stop faster.” That’s exactly what Mofab is all about.

Scott started his career working for an automotive shop in Parker that “made slow cars fast,” as his puts it. “It was a dream job and I worked for them for almost seven years.” After gaining all that experience, he made the big decision in 2010 to go out on his own. “I didn't have any money—just my tools, experience and motivation.”

The new business began in a rented warehouse unit in Parker. With a solid reputation and his then-girlfriend’s, now wife’s, help with accounting, the shop got so busy that Scott outgrew the space in a matter of months, moved to a larger location in Centennial and hired his first employee. Within 3 years, the business outgrew that space and found more space in Denver.

“This time, it's my name on the door and I'm in charge,” Scott says. “There are a lot of different emotions that one feels in this situation, so many different lessons learned. As any new business owner will tell you, making the leap is scary but you have to take the risk if you want a shot at the reward.”

Mofab has grown from that first employee to a team of six—and Scott is currently on the hunt for a manager. It seems Scott's business model may be ahead of its time—his shop runs on a four-day workweek. “I value time with my family and I want my team to have time with theirs as well.”

It’s obvious that Scott cares deeply for his employees and wants the best for them. “This place wouldn’t exist without the team I have around me. It really does take a team to make a dream come true. These guys mean so much to me and I consider them part of my family.” 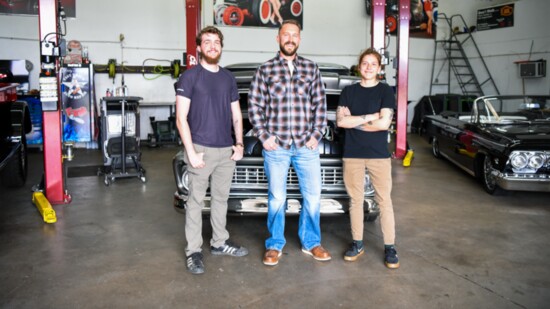