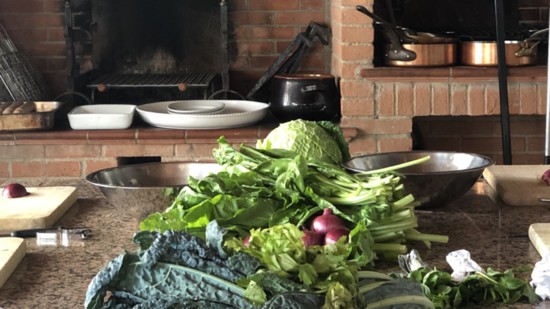 In a world full of food, the common denominator is a table and the people around it

“Well, why don’t we talk about Florence,” Peggy Markel said slowly and with ease. Her words were not a question, but the subtle upward inflection after every one of her phrases was a curious challenge.

You could almost hear a half-smile, an inquisitive gaze.

Of course, this account is built from imagination. I cannot describe to you how exactly Peggy Markel was responding to our conversation because, in fact, she was calling me at 7 a.m. on a Tuesday morning from her apartment—in Florence, Italy.

Markel, a long-time Boulder community member and a gracious beneficiary of all the support that comes with it, has cultivated a travel program that guides people through culinary experiences in places like India, Italy, Spain, and Morocco. The trips are designed to foster a deeper understanding of the land by living and cooking in rhythm with the land, the seasons, and the harvesting.

Her invitations are honest and open, and her years of knowledge meant to be shared. All one needs is to listen to Markel to sense the true wisdom garnered from years of connecting people to the earth through slow food.

So, let’s talk about Florence.

Over the phone, Markel describes her apartment as she looks around. It is of the old Italian style situated In the heart of the city.

Markel describes the Moroccan and Indian influence of the interior.

“I am fairly permeable because I'm so open, I am often influenced by that.”

In order to spend your life’s work traveling from place to place, immersing yourself in other ways of living, one would imagine that you would have to be fairly permeable.

The culinary trip Markel is currently preparing for is 40 minutes outside of Florence. The trip is centered around wood-fired oven cooking, something integral and traditional to the Tuscan Italian way of life.

Soups, bread, and beans are cornerstones of the lifestyle in this region. The food is so integral in fact, the people are known as ‘bean-eaters,’ compared to their pasta-eating comrades in the North, that no doubt hog most of the Italian glory.

The region itself has always been considered a foodie region due to its exquisite wine and complicated history of sharecropping that goes back to the days of the Renaissance. Because of this relationship, up until the 1960s, people across classes were eating the same meals and drinking the same reserves.

As Markel shares her trips around the world with me, she shows that no matter where in the world you are, these experiences are universally rooted within all of us. As she cultivates community and guides people back to the land, it is clear that the common denominator always becomes the table.

I couldn’t help but ask Markel, eager to glean from her wisdom, how one maintains a sense of place and identity of their own when required to guide and hold so much of others' experiences. Her answer was simple: You must be seated within yourself.

If you are grounded within, you will have the power to bring in others. Through the exploration of place, community, and identity, Peggy Markel’s Culinary Adventures puts it’s participants’ hands back into the earth.

Through cultivating community and connecting to the seasons and the harvest, Markel reminds us all of the art of living and what matters most; an open invitation to a community connected around what is meant to be shared.