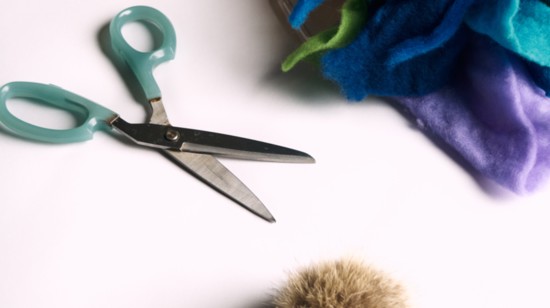 The Balinese language has no word for art because in Bali “art is so integrated into everyday life,” Anne Waldman* explained in her article for Tricycle: The Buddhist Review in 1993. She borrowed from her friend Jack Kerouac’s axiom for the title of her article––“Mind is Shapely, Art is Shapely”––which expresses the artist whose life and whose art merge into one. A prime example of this concept is the people in Bali for whom life and art are tightly intertwined.

*Anne is an experimental “Outrider” poet who co-founded the Jack Kerouac School of Disembodied Poetics at Boulder’s own Naropa University.

Kerouac’s notion of an artist sounds like a reality only possible in an ideal world well outside of Western culture, which is heavily driven by commerce. Unlike in Bali, in this society, art is a commodity housed in museums, and therefore seemingly created solely for spectatorship and acquisition; so, it sounds foreign for there to be “no distinction between art and life,” for art to be “vibratory, alive.” But, nothing can be truer for Boulderites.

Maybe it is the clean mountain air, maybe it is the breathtakingly gorgeous panoramic landscape you are surrounded by even as you lug bulk lightbulbs from Home Depot into your car––all the reasons Boulder was voted the “Happiest City” in 2017. Whatever the reason/s, in Boulder there seems to be a yoking of what the West considers binary opposites: art and life. The following three Boulder artists whose lives and art merge into one exemplify how if “mind is shapely, art is shapely.”

Victor Kühn // Natural habitat: Somewhere in the American wilderness, foraging for worthy pieces of wood asking to be chiseled and manipulated into bows and arrows

Nearly 25,000 years ago near where Victor grew up in what we now refer to as the Czech Republic, humans started to decorate their tools. It is an anthropologic phenomenon to take an object of everyday use and decorate it. As Victor passionately elucidates, decorating a weapon that will be used to kill another animal renders the weapon into an artifact for mutual respect, for a spiritual relationship towards the animals; in other words, while the weapon is a means of survival, “they still made it beautiful.” Like our Upper Paleolithic Cro-Magnon ancestors who produced the first art––body ornaments made out of shells and teeth, Venus figurines and cave drawings––Victor is driven by what he describes as a primordial urge to decorate tools. Since he was a teen, his particular object of obsession is the bow and arrow.

He explains that his favorite part of the process of creating archery tools is harvesting the wood, for which he hunts around and then extracts the darker, older parts found in the healthiest and thicket growth rings of a tree. The way he describes how he allows the wood to express the shape it will ultimately become evokes how Michelangelo spoke of the marble’s agency during his varied attempts of sculpting David. Victor’s second favorite part of the process is the first time he shoots the arrow from the bow, because he revels in the static piece of wood becoming something that bends and creates movement.

The most electrifying aspect of Victor’s art is his hyper-awareness of his connection to common ancestry, to the raw human condition; because he makes clear how humbling it is to know that whatever seemingly innovative design tweak he comes up with has already been thought of and produced by someone in the past: “it feels like I’m standing on the shoulders of our ancestors.”

Derek Friday // Natural habitat: The Flatirons, where he can be found running with his companion, Tilly the Blue Weimaraner

When Derek is designing, he is thinking about running; and when Derek is trail running, he is thinking about design. In both venues, he is on a self-motivated journey towards refinement, a journey he describes as a constantly pushing his body and mind. He fluctuates between manically typing into his iPhone’s Notes before he forgets his next idea, sketching and list-making in his Moleskine (which is covered in stickers of cool brand designs like that by Boxcar Coffee Roasters), and manifesting his strokes of creativity funneled through the digital realm of graphic design.

While he describes himself as a goof, a spirited wanderlust, he is an artist, as he is constantly in a creative state, whether he is on an airplane to Germany or trail running somewhere in Indian Peaks Wilderness. In his job title and according to the award he won from the Society for Experiential Graphic Design, he works in environmental graphic design as an Identity and Place-Making Specialist. His aesthetic is Swiss minimalist design that he describes as restrained yet bold, timeless and contextually relevant. He explains his work as that of a coder who employs the minimalist mentality when coding websites. Derek thinks like an architect, but he is part of the movement that is expanding architecture to the realm of branding and identity creation/formation, which considers colors, patterns, sounds, smells and all things tactile (e.g. fabrics).

Proof that Derek lives in a constant creative state: his Instagram, brimming over with posts of designs he refers to as “creative distractions.”

Maryanne Quinn // Natural habitat: In her studio hovering over large felt pieces, covered in wool and soap, listening to music

Maryanne’s eyes sparkle as she recalls the particular hue of jungle green on one of her favorite outfits she wore in high school, or the memory of looking up into sky as she skied in her youth. She speaks emphatically about nostalgia, which fuels her Merino wool art. Nostalgia provides the inspiration for designs and “happiness is what makes my work flow,” so that in some way or another, emotion is the undercurrent of her creative process. Her pieces are purposefully reminiscent of the bold, iconic, colorful designs of the late ‘70s and early-mid ‘80s, and they are unmistakably topographically-driven, as beach and mountain imagery pepper her oeuvre.

Maryanne was first a graphic designer, so she applies that mentality of deleting and changing whenever she feels necessary to her felted wool textile art. When her now-teenage daughters were younger and attending a local Waldorf school, a go-to classroom activity was making felt and beeswax balls while singing. Maryanne was inspired by this, and she directly correlates the meditative quality of that classroom activity to her creation of soap and water she uses as the glue for her felted wool art. She became drawn to felt when she created a quilt with her daughters as a school fundraiser item years ago. Nowadays, she only scantly partakes in quilting, but what remains is her use of felted wool.

She explains that her art is a physical manifestation of the gifts she was born with; and while she takes her art seriously in terms of the organization, shaping and melding of colors, she is not too serious. She is inspired by mood and colors to flow and she “enjoy[s] the flow.”