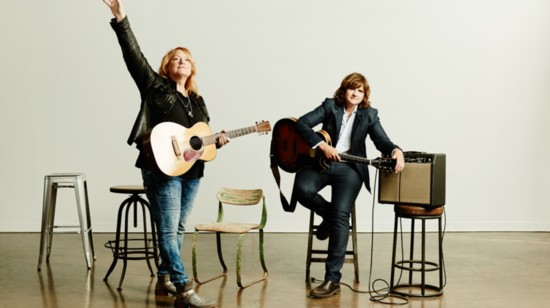 The Colorado Chautauqua Auditorium's Summer Concert Series has something for everyone this summer.

The Colorado Chautauqua Association is proud to announce the 2019 Summer Concert Series in the historic Auditorium, filled with something for everyone.

For a complete list of upcoming events, please visit Chautauqua.com.

Tommy Emmanuel’s five-decade career has garnered millions of fans worldwide. Maintaining a tour schedule of nearly 200 shows a year across the globe, Emmanuel has been voted Favorite Acoustic Guitarist in both Guitar Player Magazine and Acoustic Guitar Magazine’s reader polls. His most recent album, Hearts Songs, is of timeless love songs rearranged for an acoustic guitar with classics such as Hank Williams’ “Cold, Cold Heart” and The Bee Gees’ “How Deep Is Your Love.”

For over half a century, David Grisman has been a guiding force in the evolving world of acoustic music as a mandolinist, composer, band-leader and producer. David forged a unique personal artistic path, skillfully combining elements of the great American music and art forms of jazz and bluegrass with many international flavors and sensibilities to create his distinctive idiom of "Dawg" music (the nickname given by Jerry Garcia).

Since Jake Shimabukuro first came to the world’s attention with his deeply beautiful and original take on George Harrison’s “While My Guitar Gently Weeps” in a viral video that dominated YouTube in 2005, the Hawaiian-born Shimabukuro has virtually reinvented the four-string instrument, causing many to call him “the Jimi Hendrix of the ukulele.”

Internationally-acclaimed guitar virtuoso Trace Bundy must be seen, not just heard. His music is poetry in motion, using harmonics, looping, multiple capos and his unique banter and stage presence to deliver an unforgettable concert experience.

Melissa Etheridge is one of rock music’s great female icons. Her critically acclaimed eponymous debut album was certified double platinum. Etheridge’s popularity built around such memorable songs as “Bring Me Some Water,” “No Souvenirs” and “Ain’t It Heavy” for which she won her first Grammy for Best Female Rock Vocal. Etheridge hit her commercial and artistic stride with her fourth album, “Yes I Am,” featuring the massive hits “I’m the Only One” and “Come to My Window,” a searing song of longing that brought her a second Grammy. Etheridge is also an Oscar winner for Best Original Song in 2007. In 2011, Melissa made her Broadway debut as St. Jimmy in Green Day’s rock opera, “American Idiot,” where she replaced Billie Joe Armstrong for one week and received a star on the Hollywood Walk of Fame.

With a legacy of releases and countless U.S. and international tours behind them, the Indigo Girls have forged their way in the music business. Selling over 14 million records, they are still going strong. Amy Ray and Emily Saliers are the only duo with top 40 titles on the Billboard 200 in the '80s, '90s, '00s and '10s.

In 2012, they began collaborating with a pair of orchestrators to prepare larger-than-life arrangements of their songs to perform with symphonies around the country. The duo found an elusive sonic sweet spot with the project, creating a seamless blend of folk, rock, pop and classical that elevated their songs to new heights without scarifying any of the emotional intimacy and honesty that have defined their music for decades. Now, after more than 50 performances with symphonies across America, the experiences has finally been captured in all its grandeur on the band’s stunning new album, ‘Indigo Girls Live With The University of Colorado Symphony Orchestra.’

The California Honeydrops celebrate their 10th year together with the release of their 7th studio album and first ever double album, “Call It Home: Vol. 1 & 2” and continue to tour worldwide. Led by dynamic vocalist and multi-instrumentalist Lech Wierzynski, and drawing on diverse musical influences from Bay Area R&B, funk, Southern soul, Delta blues and New Orleans second-line, the Honeydrops bring vibrant energy and infectious dance-party vibes to their shows.

Since releasing "In Our Nature" in 2007, José González has been steadily collecting ideas for new songs. An album consisting of years' worth of musical sketches might naturally sprawl wildly in production and style, but on "Vestiges & Claws," González has created a collection of songs that cohere just about perfectly. For those familiar with José's earlier work, there is little doubt as to who is behind these recordings.