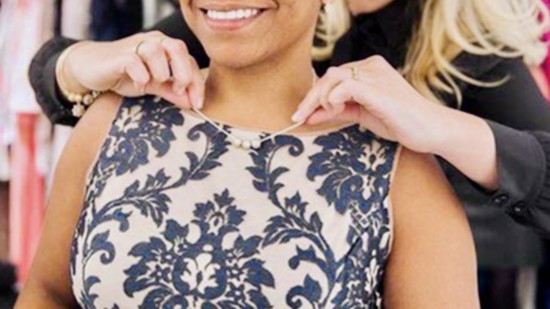 “We inspire confidence, courage, and belief in women,” is the first thing that catches one’s eye when they walk into the bright pink lobby of Dress for Success in Denver. Pre-assembled, personalized bags filled to the brim with professional clothes, shoes, under-garments and accessories line the walls, waiting for their new owners. Boxes of donations and metal racks of new clothes pour out of every office as a hopeful reminder that there is more than enough for each woman who comes into the nonprofit.

Dress for Success (DFS), a global nonprofit with local affiliates in 150 cities within 25 countries, equips women with the clothes and confidence they need to acquire personal and professional success. They are a referral service, which means that other nonprofits in the business of helping people get jobs refer women to DFS. The usual intention for sending women to DFS is to find them something to wear for their interviews. However, Executive Director Amara Martin is adamant that clothes are just the beginning.

“People know that we give away clothes, but that’s only the gateway,” Amara says. “We establish community and give women the tools they need to take care of themselves.”

DFS has four signature programs: professional suiting, a career center with personal coaching, job readiness classes, and employee retention classes. While DFS doesn’t get people jobs, they take a lot of care to ensure women have all the knowledge they need to mix into a professional culture. Acquiring and keeping higher paying jobs are often a matter of survival in areas like Denver that have experienced large spikes in growth.

“We have seen populations of women who used to be able to make a wage, go to work, and live in the city,” Amara says. “Now, it’s like impossible.”

Gentrification is a major result of this growth. Merriam-Webster defines gentrification as "the repairing and rebuilding of property in a deteriorating area, often accompanied by an influx of more affluent people. This usually results in the displacement of earlier, usually poorer, residents.” A new study from the National Community Reinvestment Coalition found that Denver is the second-most gentrified city in the United States.

While this has the upside of nice properties and new businesses, Amara notes that it also results in pockets of poverty.

“Our job is to find pockets of poverty and serve those women,” she says.

At DFS, 65 percent of their clients are single moms. Over a third of those have three or more children. According to the Living Wage Calculation for Denver County, Colorado, a livable wage for a single parent with two children is $33.54. In a city where the minimum wage is $12.85, DFS is committed to equipping women with the tools necessary to attain higher paying jobs so they can provide for themselves and their children.

One such example was a woman who recently immigrated from a foreign country and was forced to flee from an abusive marriage. She had multiple degrees and career experience, yet she was living in shelters without a pair of socks to warm her feet. She walked into DFS with bruises still on her face and motivation to acquire a job as a project manager. She was given clothes and a community of women to hear her story. Now she owns a house and always has a vacant room just in case someone else finds themselves in the position where she once was.

She was elected as president of the Peer Networking Group (PNG), which is comprised of all DFS alumni. The PNG gives women the space to support one another, whether it’s providing childcare, giving someone a temporary place to stay, or simply motivating one another through stories of success.

“The women who have just started our programs see the ones that have made a steady progression,” Amara says. “New women will be like “You mean, you just got out of jail in 2015 and now you’re doing all this stuff?” And the older women will encourage them, “yes, and so can you.””

Kimberly Edwards, the Boutique Manager at DFS, refers to the organization as her big sister’s closet. Her favorite part of her job is the one-on-one interaction she gets with clients through personalizing their outfits.

“We all know that when you go to an interview and feel good in your clothing and look appropriate, that’s a different you than someone who is uncertain and fidgeting with their clothes,” Kimberly says.

Before she was an employee, Kimberly was a client. She left corporate America in 2015 to forge her own path. It was harder than she thought it would be. Previous fashion faux pas and seasons where work didn’t go quite right, either, have taught Kimberly that sometimes people need a little help threading their lives together.

“Sometimes, you have the bits and pieces. I had parts of my success story, but I just needed guidance along the way,” Kimberly says. “That’s what this organization does.”

Dress for Success Denver has plenty of clothing donations, but they are in need of monetary support. It takes $150 to fully support one of the 1,500 women served annually, and they have a $150 Club for those willing to support in this way. More options for how to get involved can be found on their website: https://denver.dressforsuccess.org/ 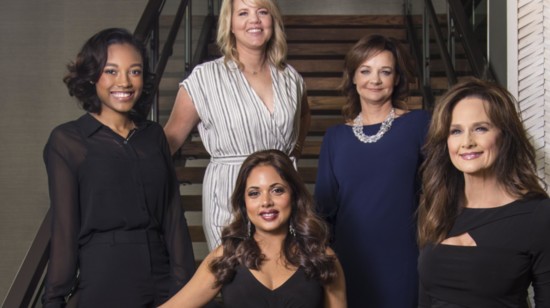