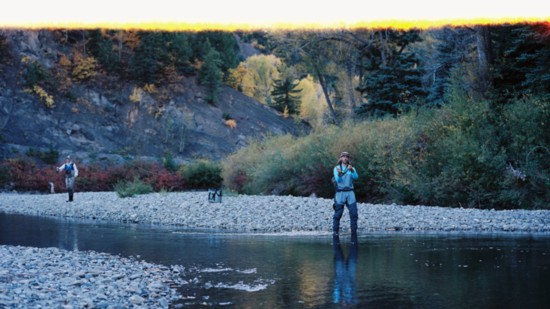 Exploring the town of Crystal, CO

As Colorado’s population continues to explode, the “hidden gems” of our great state seem to be few and far between. For those who are adventurous enough to look past the now well-developed mountain towns, there is still some magic to be found. One such treasure is the ghost town of Crystal.

Located in Gunnison County’s Elk Mountain range, roughly twenty miles northwest of Crested Butte, Crystal was once a burgeoning mining town in the late 1800s and early 1900s. With an elevation of 8,950 feet, the rugged terrain and harsh winters posed many challenges for the townspeople.

One cannot help but be thoroughly impressed with the engineering foresight of such an era. Even with all the intuitiveness and resilience of the miners, operations eventually ceased, and the town was largely vacated by 1917.

In 1938, as the town laid quietly abandoned, Emmet Shaw Gould of Aspen, made the rough trek up to Crystal, seeking ore to run through his newly purchased mill. Gould bought several mining claims, along with the city lots with the cabins still standing.

Today, most of the land and structures in Crystal are owned by Gould's grandson, Chris Cox.

For Cox, the area has been a part of his entire life, and a blessing hard to put into words.

“The town of Crystal, the mountains, and the people there take me back to my first memories,” he says.

Cox, who grew up in Southern California, spent every summer in Crystal. He recounts that his friends in California could not comprehend living in a place without electricity, phones or what they referred to as "fun."

“I always looked at them with a blank stare, as I could not wait for summer to come and escape into the mountains on my horse, spend countless hours fishing on the river, or hike to pristine alpine lakes.”

While the scenery and general layout of the town have not changed, the number of visitors certainly has.

“When I was a kid, we would hear the rumble of an engine down the road and run out to the street to see who was coming up. It was exciting! Someone is actually coming up that crazy road! Those days are definitely gone.”

Now, at age 51, Cox still spends the summer and fall in Crystal, as the owner and operator of Crystal Mountain Ranch. Original mining cabins, which were left to deteriorate in the harsh elements, have now been restored and are available for guests to rent by the night. The small “General Store” sits proudly at the edge of town, offering snacks and souvenirs to visitors.

Visitors mostly arrive by Jeeps and other various all-terrain vehicles.

“The road has definitely and dramatically changed, but the mountains and rivers have not, and one only needs to go a short walk from the road to find that peace and solitude.”

The Crystal Mill, which Cox still privately owns, has become a national icon.

“People literally come from all parts of the world to view the mill.”

Cox agrees that it is an incredible structure, and is working hard to find harmony between allowing access to the public and keeping it pristine for future generations.

“I want to share it with visitors and have people leave with a great memory and experience, but also balance that with respecting private property and not 'loving it to death.' I still wake up each morning and walk outside to find myself breathing in the mountain air and thanking God that I can still be here after four generations of it being in our family.

"I love the fact that my three sons and now my three grandsons (five and six generations) feel the same way about it and spend every opportunity they can to come up and get back into the mountains which they have grown up and are growing up in.”