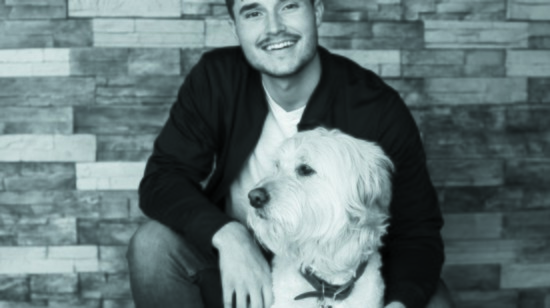 On The Path To Wellness

What does health mean to you?

Health is a complete state of being, not just the absence of sickness and disease. When someone is physically, mentally and emotionally functioning at a high level — able to do what they love with whom they love — that's the ultimate picture of health. It goes so far beyond just feeling well or looking well. It's about functioning well and being able to do so in every area of life.

Dr. Tim Zittle, owner of Treehive Chiropractic in Parker, says he strives every day to help people live pain-free lives and take charge of their health, something he works on personally every day.

“My mission is to see people at their best. I’m the happiest and most fulfilled when I see the people around me achieving their potential in their life,” Dr. Tim says.

You can find him on Instagram serenading his followers on his guitar, or adventuring on a mountain trail, or journaling at a coffee shop. And most often you’ll catch glimpses of his constant companion, his service dog Reese, the only clue that Dr. Tim has suffered from anxiety.

“She goes with me everywhere,” Dr. Tim says. “I would say she’s helped me in ways I wouldn’t have thought. Instead of putting all of my energy into my business, she forces me to exercise, which is really good for anxiety and depression. She forces me to socialize.”

In college, Dr. Tim had his first health scare when he started experiencing debilitating headaches and vertigo. Initially, doctors thought he may have a brain tumor, but he was diagnosed with a severe misalignment in his spine and recovered after months of chiropractic care.

Through it all, Dr. Tim says, he realized that he was overloaded with his doctoral program and working two jobs.

“If there’s such a thing as negative self-care, I was doing it,” Dr. Tim says. “As a 20 year old, I had no symptoms, I looked great and felt great and then overnight I realized if I don’t have my health I have nothing. That’s why it’s important to maintain health, instead of waiting until something’s broken.”

Later, when starting a clinic in Ohio, Dr. Tim realized his workaholic tendencies again were taking their toll.

“If I wasn’t at work, I was afraid to come out of my home, afraid to go to the grocery store. I didn’t want to leave for any reason,” Dr. Tim says. “I wasn’t building relationships or community. My hair started falling out, I was losing weight and not sleeping.”

Dr. Tim says his anxiety was causing him to run at 150 percent at all times, which was wearing him down.

“It made me a machine. When everyone else looks at it, they think, ‘Wow, look at this guy, he’s amazing.’ ” Dr. Tim says. "My business had become my life. Sometimes the best parts of us can become the worst parts of us.”

For a time, Dr. Tim hid his mental health struggles, even though he had friends and patients who confided that they were struggling with similar issues. Now, he uses his role as a trusted health care professional to be open about his own mental health stuggles and show his patients that this is a health challenge that can be managed through transparency, healthy living and doing the hard work daily.

“Hey, here’s how I’m navigating my health challenges and struggles and you can do it too,” he says.

Self-care is a priority for Dr. Tim, who loves to make music, exercise, read and journal.

“If I had to sum up my music in two words it would be amateur hour. Music for me is an escape. I love the way music helps me express emotions,” Dr. Tim says.

“That’s one of the most important parts of self-care is checking out from some of the things that create stress and to do the things we really love and enjoy,” Dr. Tim says. “We’re not taking away from productivity. We’re creating more energy and space for us to produce in our work time.”

Community service is a big deal for Treehive and Dr. Tim, who regularly stops at SECORCares food market and resource center in Parker to give adjustments to the clients there.

“It’s just us living out our core values,” he says.

Dr. Tim says even as a kid he knew he wanted to help people for a living. His mother was a nurse/midwife and his father was in the mortuary business.

“I adjust people’s spines and from a scientific value, I’ve improved their nervous system. That’s a value,” Dr. Tim says. “But the real value I provide for people is that we just love them. And we listen to them.”

“What we want to represent is a community of people who care for others in whatever way that need it,” Dr. Tim says about his mission with Treehive. “And we just so happen to be chiropractors.”