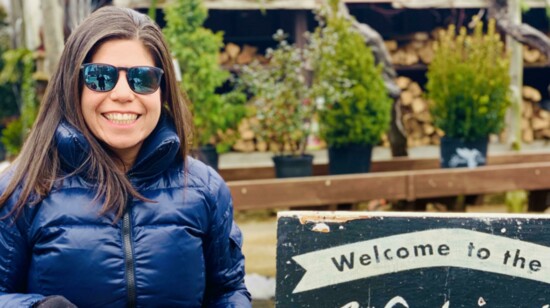 The Weirdest Thing I've Ever Eaten...

“I once had the pleasure of eating at Le Palais, the only 3-star Michelin restaurant in Taipei. My hosts ordered frogs stomachs in XO sauce, eerily uniform in shape, like small lychee nuts or white olives, but crunchy in texture. In a word: weird!” Lauren Costello Braun, @ItsLaurenOfCourse

"I’d have to say the oddest thing I’ve ever eaten was horse tartare in Toronto.  It’s not that I didn’t like the taste, but I got it in my head that I was eating horse; it had me a little uneasy. I couldn’t get past it." Bill Taibe, Chef

"When you talk about eating 'weird' food, you can speak about strange flavors, ingredients, or execution, but for me, the mouthfeel always gets me. The chili dusted crickets I was served in Mexico were by far the weirdest dish I've ever consumed, not due to the flavor, but for the mouthfeel and the emotional piece that accompanies any culinary experience. You eat with all of your senses and although these crickets were highly sustainable, great for the planet, and very well seasoned, I had a tough time getting those tiny legs down." Stephanie Webster, Editor in Chief, CTBites.com

"Chinatown. Montreal, Quebec. At a best friend's bachelor party I was influenced by a few fellow foodies and chefs to try the Durian fruit. They did not partake and I never will again. Try everything once though mama said!" Eric Johnson (E.J.), Chef and Owner of JR's

"The most interesting thing I've ever eaten is a pig's eye ball; I've eaten alligator and rattlesnake but pig's eyeball was the most taboo.  The Charcuterie Chef at Culinary Institute of America (CIA) took a liking for me in class, so when we learned to make a head cheese he let me have the eye ball, a delicacy in his eyes." Jonathan Mathias, Chef and Owner, A Dash of Salt Catering