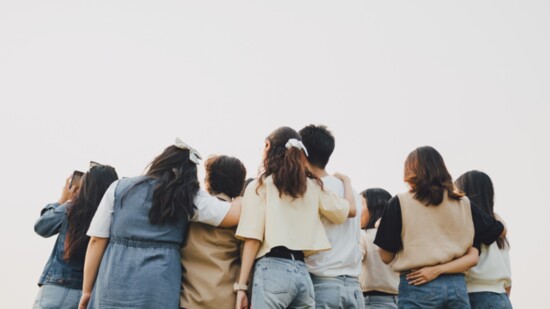 How Staples is Teaching Our Teens to Be Good People

“Our recent systematic review and meta-analysis of the psychological effects of kindness revealed that performing acts of kindness boosts happiness and well-being.” National Library of Medicine

Staples High School is one of the most celebrated high schools in America. It’s also one of the toughest.

Some students thrive, some don’t. Some students are revered, celebrated, and championed. Others are bullied, teased, and rejected.

The pressure to succeed, to score an A, a goal, a starring role, is constant.

But how often do we truly encourage ourselves and others to “succeed” at kindness? Judging by some of the stories swirling around Westport, it’s oftentimes as hard to learn as any other subject.

Which is why Staples Principal Stafford Thomas wants to stop, or at least diminish, the marginalization, prejudice, and unkind behavior in the social microcosm of our high school.

I first spoke to Stafford about this goal two years ago, when he was one of our Men of Westport. He created a class, Connections, “to get everyone to understand and behave in ways which actively promote inclusivity… The first step is the understanding of our expectations for how we treat each other, and it can’t be done through an assembly.”

“We want to build a community so students know Staples as more than their circle of friends and assistance with college,” says Stafford.

With co-advisors Natalie Odierna and Nell-Ayn Lynch (both Social Studies teachers), they created - and continue to create - an impressive curriculum that includes games, videos, and interactive discussions.

There are 160 groups of 10-12 students (the “sweet spot for an advisory group”) that meet every Tuesday and Thursday to focus on being nice people. Smaller groups “make school feel smaller, and allows students to meet others who may not otherwise cross paths,” explains Natalie.

Some lesson examples are:

This ice-breaker asks each student to think about something that interests them, and then instruct fellow students how to do it in two minutes. They may “teach" how to make a vinaigrette, or how to clean up their rooms (I admit, I added that myself). This lesson also helps build confidence and public speaking skills.

To kick off homecoming week, the discussion revolved around how Staples “…shows pride in ourselves, one another, our teachers, administrators, and community.”

In addition, each class was asked to write a Wrecker’s pride slogan, and the winning class received free tickets to the homecoming game.*

Future lessons will focus on gratitude, including writing a thank you note to someone who deserves one.

While teachers and advisors have autonomy in how they approach each lesson, Stafford writes a monthly lesson, a “blue sheet” taught to every class on the same day.

A bit of backstory: In 2019, the Staples football field was being redone so the home games were moved to Norwalk High School.

The Wreckers trounced New Canaan (yay!) and students celebrated by tossing blue powder onto everything. Fun for the students, not so much for those who painstakingly power-washed the stains off the bleachers.

Thus, the first “blue sheet,” named for - can you guess? - the mysterious blue powder.

The incident dovetailed nicely into that month’s lesson. It was Stafford’s first year at Staples and he heard a number of unnerving  rumblings about lousy behavior at past homecoming games. Having implemented Connections that September, he hoped the students wouldn’t make similar poor choices.

Happily, the night was amazing. Except for the blue powder: throwing powder all over another’s property is selfish, now matter how celebratory the moment.

So that month’s topic - respect and community.

Then there’s the Holiday Bear Program which some classes opt into. Late October, I received an email from Staples math teacher Kevin Cuccaro, my daughter’s Connections/Advisory teacher. He explained that their group decided to “adopt” a young boy from Danbury for the holidays, providing him with necessities and gifts that he would otherwise not receive.

Then he wrote, beautifully summing up the program “We have spent a lot of time discussing respect, gratitude, and pride… we will wrap the gifts and enjoy the time together as we celebrate what it feels like to help others.”

If teaching teens altruism and respect is the macro-side of Connections, the micro-side is simply connecting.

Both Natalie and Nell’s classes graduated last year. Natalie says, “I [was so] upset to lose them. They’re brilliant, kind people.”

Nell remarks, “I wasn’t able to go to the graduation because my own daughter was graduating…” - so her students sent her a photo in their caps and gowns, We miss you! It’s not the same without you! - “…that’s what brought me to tears.”

In a video, Nell asks her students to offer advice to future students: “Don’t sweat the small stuff.” “Don’t walk down the middle of the hallway.”

And perhaps the greatest advice, “Embrace your time.”

we got that pride strong and true.

“We want to build a community so students know Staples as more than their circle of friends and assistance with college,” says Stafford. 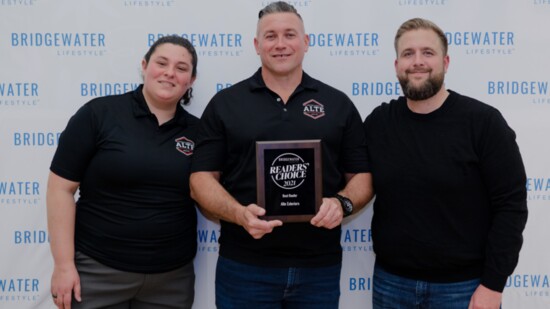 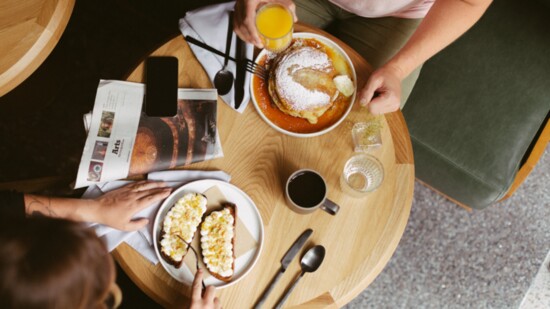