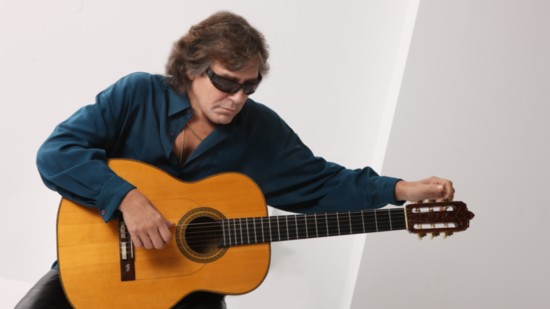 What the Men of Westport and Weston Are Talking About

About his recording of The Doors' Light My Fire:

“I was performing Light My Fire in my stage shows when the RCA producer assigned to me, Rick Jarrad, came in to see my show to learn about his new artist. He heard me sing it in my own style and recommended strongly, against my better judgment, that I should put it on our album … He had the same insight with regard to my recording a ’new Christmas song,' as he put it … which, of course, became Feliz Navidad."

About his now-famous rendition of The Star-Spangled Banner in 1968:

“I know others can now render The Star-Spangled Banner with greater individual freedom, something that was unheard of before I did it, practically destroying my career. Now, it's widely accepted and commonplace. We only hope for a dignified and well-executed rendition, not one that makes the news because of its outlandish or ‘off’ delivery.”

“Vera Perret and her husband, Marcel, were a great influence on my life as a teenager. I met them through the Lighthouse for the Blind in New York … Vera brought me to the Village where I [was] discovered by an RCA executive, Jack Somer … I was playing at Gerde’s Folk City, a coffeehouse in Greenwich Village.”

On dropping out of NYU:

“Back then, it wasn’t a cool thing to drop out. But I couldn’t really afford school, and I had an opportunity to be a part of building something great.”

About his “learning differences:”

“I grew up thinking I wasn’t smart—school was telling me that. I was told I had learning disabilities, now ‘learning differences.’ Most of our education system … is built upon standardized testing, and that only benefits people who learn in a specific way. I don’t see value in a system that tells a large portion of its kids that they are not smart. Thankfully I had a mom who taught me being different is one of the best things you can be.”

About a well-known businessman’s infamous rant when Wiley returned his $200,000 investment in Good Uncle:

“When you grow up seeing someone [Wiley’s mother] sacrifice for other people, giving [the businessman’s] money back wasn’t difficult. I told him the story of my tattoo, based on The Bridge Builder. The young man says ‘Old man, it’s getting dark and you’re going to die.’ The old man says, ‘I’ve crossed my own chasms, and someone younger will try and cross the same ones, I am building this bridge for them.’ I’ll lay off a top performer if he doesn’t share [our company’s] values. We believe the same should apply to teammates and to investors.”

About his passion project and losing his father as a teenager:

“I spend about one-third of my time on Experience Camp. I give the majority of my equity in any new business to the Camp. It’s my way of building my own bridges for those who come to the same chasms I faced.”

“The biggest thing is, when you come into the store we say hi—I hope.”

About his sobriety and confronting the stigma of addiction:

“I’m an alcoholic in recovery, 28 years. We have three generations in recovery. We’re very open about it. We initiated last June a total recovery company at Sacred Heart.

"I know me and alcohol addiction, the stigma—it was ‘Shh… don’t say a word.’ We champion recovery.

“I was verbally abusive, and it’s painful for me to think about it now. I’m not that guy. I go to [AA] meetings every day.”

About rules for the hiring of family:

“The only really fast rule is that the kids have to go out and work elsewhere after college for five years before working at Mitchells. Then there has to be a legitimate position open. One of my boys cannot replace a manager just because his last name is Mitchell.”

About the ever-present M&Ms in the Westport store:

“Ten years ago, I decided to do a survey. Eighty-eight percent of the people took some M&Ms at some point. Now it’s 94 percent.”

How he got into the family business:

“All I ever wanted to do was be a sportscaster. My father said, ‘I’m going to sell the business if you don’t come in.’ I said, ‘Let me see the balance sheet.’ He said, ‘You can read a balance sheet?’

“To get him off my back, I said I’d work there a year. I lived at home because I didn’t have any money. I came in and worked, and I loved it. I gave him one year … then I gave him 54 more.”

About giving back to the community:

“Philanthropy is core to our family. We prefer to play a role behind the scenes and not in the spotlight. For the library’s annual book sale, we move books with our forklifts, and we donated some of the building supplies for the new renovation. For the Levitt Pavilion gala, our guys help set up and break down the stage for the premier performing acts. We also recently donated and installed the standby power generator for the facility.

“As a kid, I remember working with our employees and my father to break down the annual Rotary Club circus that was held at the beach. I remember that included cleaning up the elephant poop left behind…”

“Our red barn on South Compo is part of our family history and dates back to early 1900s. It has troughs and stalls for the animals on the farm back then. There’s a hay silo because we used to farm. We were in the coal business, so there’s a coal silo, and ice business so there are ice picks.

"We focus on the timeline of the business and what were the key things we needed to do as a family to keep up with the changing times, going from horse and buggy to motorized vehicles.

Wisdom learned from his work:

“Treat people well, and the rest takes care of itself.”

About being Connecticut’s youngest state senator:

“Oh my god, a day doesn’t go by that someone fails to tell me they have a kid my age or a tie my age or even underwear my age.”

About his Staples teachers:

“I always read my tweets twice and check for typos knowing that my English teachers might see them.”

How he got hooked on politics:

“I remember meeting a senator named Barack Obama in a high school gym. Even though everyone told me he didn’t have a chance, I wanted to get his signature after the event.”

How he compares to Princeton, the character he played in Avenue Q while in the Staples Players:

“Ha! … I think Princeton’s struggle throughout the show is that he doesn’t know what he wants to do with his life. I feel really lucky that I found a job that I love right out of college. But as the last song in the show tells us, “Everything in life is only for now.” I’m determined to make every day that I spend in the State Senate count, and I’ll never take this job for granted.”

Executive Director and President of Westport Weston Chamber of Commerce

About being a lifelong tree hugger:

“I’ve always been a tree hugger. I tried to save one of the oldest trees in the Bronx, pushing 200 years. I got a guy to stay up there, but the second he went to the bathroom the city swooped in.”

About being a Democrat and running the CoC:

“A lot of people laugh that I’m a Democrat and running the Chamber of Commerce. I don’t see it as political or strictly business but as being the chief cheerleader of the town.”

About his notorious community events:

“[The CoC] will be looking to bring more music events including an expanded Supper & Soul, Tuesdays at the Train, more networking for business people and of course the fall will bring the Slice of Saugatuck, Restaurant Week and possibly redo a Fitness Week… right after Restaurant Week.”

About being the only man in the CoC to wear an earring:

“I always wanted to have one—sort of suits who I am, especially since its been years since I had shoulder-length hair.”

“I am an RTM member in my 14th year representing District 1. I work … to protect the character of our community. I've been involved in saving over 39 acres of open space in Westport and Norwalk from development and was instrumental in saving and moving the 1885 Kemper Gunn house downtown.” 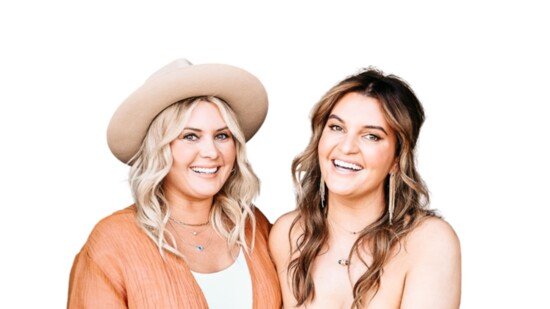 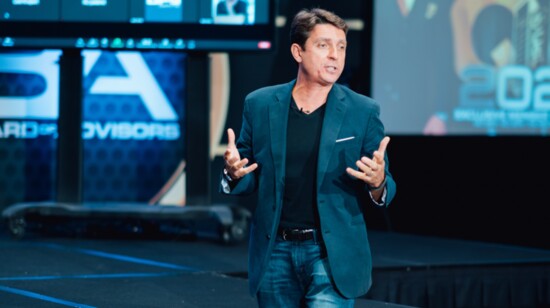 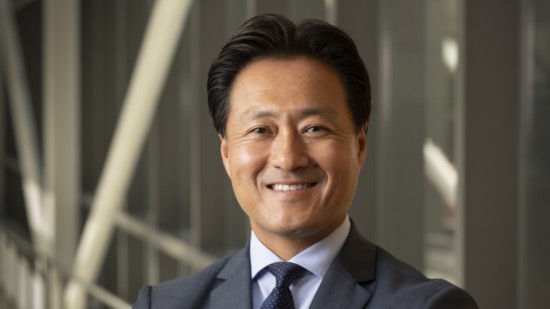