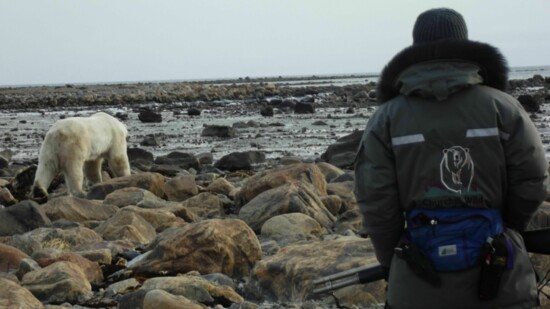 Face To Face With The Largest Carnivore On Earth

I didn’t really believe that I would be “walking with polar bears” when I booked my trip to the Seal River Heritage Lodge near Churchill, Manitoba in Canada. The concept enticed me, but it  sounded too good to be true. After all, one can’t predict wildlife.

The experience surpassed my wildest dreams - every day, we were just feet from enormous, gorgeous polar bears. Of course, trained rangers were always with us, duly armed, just in case. And not once did I feel frightened.

“Learning how to guide walking safaris with polar bears has been an evolution,” says Derek Kyostia, Churchill Wild Naturalist Guide (we called him  ‘Polar Bear Whisperer.’) “The first time I saw how two rocks clicked together could scare off the ‘King of the Arctic,’ my jaw dropped. I wouldn’t have believed it if I hadn’t experienced it.  It’s how we deal with them that is key. It’s all about body language. We can determine if a bear is aggressive or just curious from far away.”

Previously, Kyostia guided at one of several ‘tundra buggy’ vehicle-viewing tours offered from the town of Churchill. For eight seasons now, he has worked with Churchill Wild, leading on-foot safaris. “I’m still as excited as you visitors are to get out and see bears. They are my passion,” he enthuses.

Indeed, I was pleased (and relieved) to hear that no guide has ever had to use, or even ready, the rifles that they carry with them at all times. Rather, the Churchill Wild team has developed a system to ward off bears that approach a bit too close for comfort. First, they speak loudly to them - Kyostia demonstrated this to us one afternoon, when a large male ambled just some 15 feet from us. “You’re getting pretty close there, Buddy. That’s really close!” he shouted out, clutching two rocks, just in case, in his gloved hands. Our group stood still as stone, some nervous, all mesmerized, as the 1,200-pound creature gave us a casual glance and strolled off, his white coat silhouetted with a golden glow in the near-sunset. Derek never had to click those  two rocks together.

The Seal River Heritage Lodge is one of three Churchill Wild Safari polar bear viewing eco-lodges on the shoreline of the vast Western Hudson Bay in sub-Arctic Manitoba. The owners and operators of Churchill Wild, Mike and Jeanne Reimer, have been leading animal lovers on 16-person adventures for 25+ years. Jeanne grew up in the remote town of Churchill, 60 kilometers from the Seal River Lodge, where her family owned a fishing and hunting lodge.

Churchill Wild’s weeklong programs are not inexpensive, but most consider them once-in-a-lifetime, bucket list trips. About $12,000 CAD per person, the only items not covered are guide tips and optional cold-weather gear rental, (which is highly recommended.) Incredibly warm and wind-breaking, my bear fur-trimmed parka, snow pants and snow boots were well worth the $77 CAD daily rental price.

The company is one of the very few in the world that approaches the Arctic tundra on foot rather than by “tundra buggy vehicles,” thus greatly lessening the carbon footprint and impact on the bears and other wildlife. In Winnipeg, the starting point for the expedition, the airport is home to a beautiful taxidermied specimen of a polar bear, right behind the Canadian Immigration counter. As the official waved me off cheerily, he pointed out to me. “Enjoy your visit and here’s your first bear”.

An excellent preface to the Churchill Wild adventure would be a visit to the huge “Journey to Churchill’ exhibit at the Winnipeg Zoo. Here, visitors can learn all about the creatures they’ll be seeing in the wild and view the orphaned polar bears that live there. Another worthwhile side trip would be to the new Canadian Museum of Human Rights -- emotionally stirring, provocative and incredibly rich in information and discussion. From Winnipeg, Churchill Wild’s various packages include the first and last night’s hotel and dinner at the well-appointed Grand Winnipeg Airport Hotel, round trip airline travel to Churchill, and finally a 30-minute small fixed-wing aircraft  flight directly to the lodge (warning - if you get motion sickness, bring your meds!)

Churchill is the polar bear capital of the world, with about 1,000 bears arriving there from late June to early autumn. They are in semi-hibernation, and have fasted for months, waiting for Hudson Bay, the largest watershed in Canada, to freeze over so that they can hunt for their main prey, young seals and beluga whales. There are an estimated five million seals in the Bay.

Nearly 15,000 tourists from all over the world converge on Churchill each year from July to November, arriving only by air or train, to see the polar bears - almost all by tundra buggy, while some 600 or so annually prefer to view them on foot from Churchill Wild lodges.

In 2015, two of Churchill Wild’s lodges (Seal River Heritage Lodge and Nanuk Polar Bear Lodge) were named as  National Geographic Unique Lodges of the World, a highly sought-after and respected distinction, given to hotels  “that embody the values National Geographic and our travelers hold close… where the guiding principles are an innovative approach to sustainability and a strong commitment to protecting natural and cultural heritage, and where guests are treated to a rich array of meaningful experiences.” Mike Reimer, owner, says that the National Geographic affiliation is a “validation” that everything we do is right.”

Seal River Heritage Lodge is a well-designed, comfortable building with a modern, fully-equipped kitchen, cozy sitting room area with over-stuffed couches, telescopes and binoculars, wildlife and photography books and native art pieces and artifacts. The cuisine and baked goods (along with afternoon Apres' trek cocktail hours) are surprisingly delectable and varied, considering the remoteness and difficulty in transporting goods.

Each Churchill Wild day consists of  morning and afternoon guided wildlife treks of two to three hours each through the beautiful fireweed-laden landscape and tidal flats. The spectacular morning sunrises reminded me of those beautiful posters at the dentist’s office, meant to distract us from our fear and pain. During breakfast, with mist rising from the newly formed ice over the Bay’s rocky coastline, the sky filled with shimmering light blues, grays and golds we’d gaze in wonder and search for wildlife in the distance.

So far from light pollution, an added plus of staying at the lodges is that the Northern Lights are frequently seen - on our second night, we were called out to see a swirling, lava lamp-like show that lasted for hours. When I got too cold to stand outside, I escaped to my warm bedroom and sat on my window sill looking out at the lights - transfixed.

During our four days at Seal River, I had seen many bears, but I was entranced by the “visit” of a curious, sweet-looking female, who arrived after breakfast on our last day. Just outside the chain-link fence surrounding the lodge, she approached closer and closer.  Finally reaching the fence itself, her snout was perhaps three inches from the lens of one of our cameras, close enough for us to see the vapor of her breath  and the whites of her eyes. I was so thrilled that I didn’t even notice my stocking feet on the icy ground at 0 degrees. “I don’t know how you staffers do this every day,” one of our group said, her eyes misting over. “This is so beautiful. I’d be crying every day with joy.” 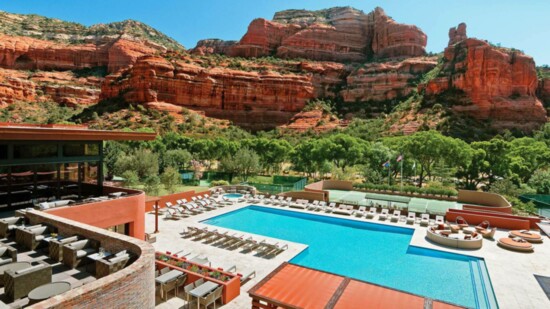