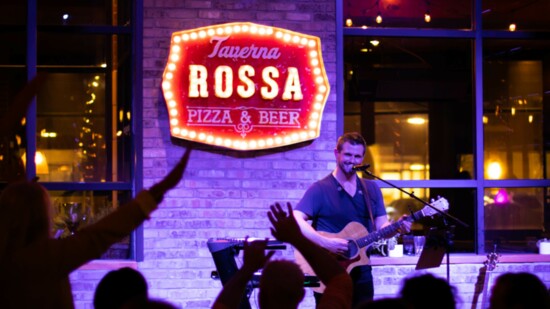 “A great event”, says Southlake-based DJ & Musician Dan Quinn, “is when we really create an immersive experience and get everyone engaged:.

“When I get people singing and dancing together, I've won,” Quinn said. “Now I've done my job, which is fostering that community and building that togetherness.”

Asked to sum himself up, Quinn keeps it short and sweet.

“When people ask what I do, I say, “I make people dance” Quinn said. “I don't necessarily say I'm a DJ or musician.”

Quinn is not just a party starter, but an events industry educator, DJ school founder, and a globe-trotting dad with a great story.

Quinn, 40, credits his lifelong love for performing music to his mom's acoustic guitar.

“I just loved music,” Quinn said. “Always listened to the radio, was always playing tapes. I just wanted to learn to play the songs I loved so I got my mom's guitar and started teaching myself. I'd played tuba in the school band so I knew enough about reading music to get started.”

Quinn's formative middle school years nurtured his love of Seattle grunge and nascent discovery of hip hop, despite being raised in a rural area without access to media like we have today.

“That was a little less accessible to me,” Quinn joked. “My parents didn't really want me listening to Dr. Dre and Ice Cube, but I found ways to hear it, and it really got me excited.”

During college Quinn graduated to jam bands and electronic music.

But music wasn’t always his full-time career. After graduating with an engineering degree from the University of Rochester, Quinn spent over a decade in the tech industry navigating the world of test & automation before taking the plunge into Music & Events in 2014.

“It's crazy,” Quinn said. “You see so many people try to make it in music in their young 20s, then realize, 'Oh, time to get a real job.’, but I guess I did the exact opposite.”

While Quinn’s schedule once peaked at 130 events per year, he was mostly performing live public events at restaurants, pubs, and the occasional private party or wedding. However, over time, there has been a major shift in his schedule as his DJ & MC services have not only grown in demand, but in the amount of work that has to go into an event before the big day even arrives. Quinn now customizes every single event (90% of which are weddings) at which he performs, often playing both live and DJ sets for the crowd on the same night.

“My job as an MC is really to steer the ship at any event,” Quinn said. “At any given moment, I need to know exactly where we are, and exactly where my clients want the event to go. There are often different ways to take it there, and it’s my job to figure that out”.

Quinn’s schedule now tops out at about 40-50 weddings per year, with a handful of other events as well.

“The transition to weddings and events kind of naturally happened. If you would've told me 10 years ago my full-time career would be in the wedding industry I would've laughed. But I didn't realize then what a blast it is to throw these awesome parties every weekend.”

“I call Dan a superhero but a nerd too,” Jones joked. “He's that perfect balance of the king and the geek squad. He's very skilled at the science and tech behind everything but also very talented with connecting the people to the music and the experience. He knows what he's there for. Cause, at the end of the night, it's about making the bride and groom, or whoever's throwing the event, the stars and making memories to last a lifetime for them.”

Which, Quinn said, is where the fun comes in.

“Because every event is really different,” Quinn said. “So, for every event I book, I have what I call a dating process. That is, I'm going to get to know you over the months leading to your event, what your expectations are, who your guests are going to be.

“I'd be lying to you if I said I'm a hip hop DJ or an electronic DJ. My job is really to be an experience creator, and that can mean a lot of different things musically.”

“He'll go to the venue beforehand on his own time to break everything down,” Jones said. “Where everything should go, lighting, frequency of the microphones just to ensure a great night of fun and emotional connection for the customer.”

In 2016, Quinn founded OontzKids DJ Academy, a series of summer camps and after school programs where he and his instructors share their experience and knowledge with kids and teens.

“We had over 200 students last year, (2019)” Quinn said. “It's incredible to see kids respond to the music and the opportunity to create, have that outlet.”

The response is the thing, Quinn said, be it live performance, DJ set, or OontzKids Workshop.

“Absolutely,” Quinn said. “I feed off the crowd energy and interaction. It's about building trust, connection, with the audience.” 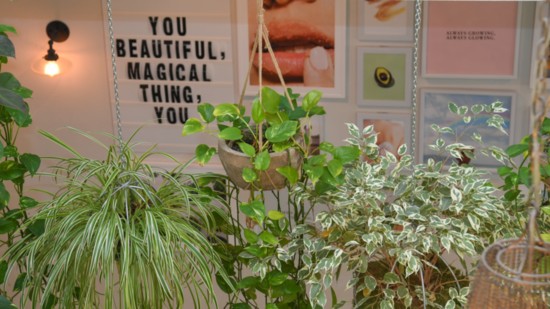