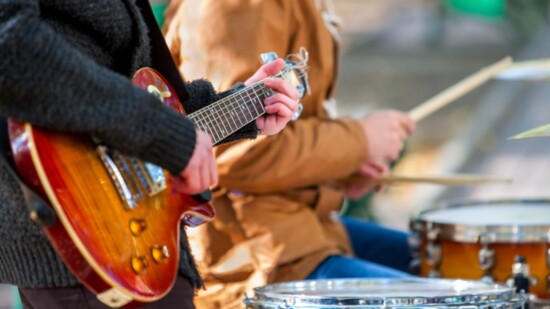 Kick Back with Outdoor Tunes Across the Valley this Season

Head to Fanny Hill every Thursday from 6:30-8:30 p.m. for the Snowmass Free Concert Series with great bands and gorgeous mountain views. Then, from 5-8 p.m. every Friday through August 27, enjoy live music at the Tower Stage during Fridays on the Mall.

The Wednesday Night Live busker series is back this summer, with musicians and other live performers stationed around downtown Basalt and Willits from 5-8 p.m. every Wednesday through August 11. The Contemporary in Willits also presents its Saturday at Seven performance series on the listening lawn starting July 3. Before the 7 p.m. performances, attendees may also tour the new facility (register at TACAW.org).

The Magical Moments Concert Series runs seven Saturdays: July 10, 17, and 31; August 7, 14, and 21; and September 4. Performances are held from 6-8 p.m. at Avalanche Outfitters, the stables behind the coke ovens along Highway 133. Check Facebook (@RedstoneConcerts).

One special Summer of Music concert takes place at Two Rivers Park on August 4 at 6:30 p.m. The show will feature local bands. Additionally, Glenwood Caverns Adventure Park boasts numerous outdoor music offerings throughout the summer (check GlenwoodCaverns.com) and you can catch terrific live performances during the Downtown Market along 7th Street on Tuesdays from 4-8 p.m. (through September 21). The Hotel Colorado is also doing live music in the veranda on Thursday and Sunday evenings through September.

On August 7, the Rides & Reggae Festival with the Roaring Fork Mountain Bike Association takes place throughout the day. In addition to trail running and mountain biking events, a fantastic lineup of local and national reggae-influenced bands will perform at Burning Mountain Park. Full details at RFMBA.org.