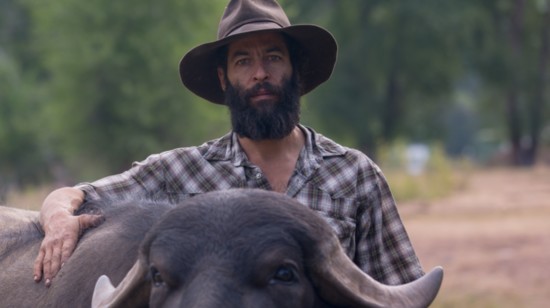 Have you ever sampled water buffalo milk? Carbondale dairy farmer José Miranda would urge you to give it a try. He has, after all, spent his entire life around the animals and knows a good thing when he tastes it.

Born in Venezuela and raised on a water buffalo farm in the central grassland plains region called Los Llanos, Miranda now tends his own herd on leased lands here in the Roaring Fork Valley. The story of how he came to settle in Colorado is a long and winding one, having spent time between the U.S. and his home country over many years before leaving Venezuela for good in 2013. As political and economic chaos gripped the nation, Miranda knew it was time to move on.

Now, he is working day and night (literally) to develop a more humane and sustainable model for small-scale water buffalo milk production in our mountain community. Passionate about the wellbeing of both his herd and the earth upon which they graze, Miranda is deeply committed to a better way of dairy farming—and the results are delicious. We recently spoke with him about his life and work.

RFL: What was your family’s water buffalo farm in Venezuela like?

Miranda: “Life for us was always linked to the water buffalos. I was raised working with my father, uncles, and my brothers. The flatlands are a rough environment; there is the rainy season with flooding and mud, and the dry season that becomes very dusty with totally dry grass. Cattle traditionally performed just so-so in this place—they would lose weight in the dry season, and then they were miserable during the rain. So in 1976 when the water buffalo was approved for commercial purposes, that is what my family did. The buffalos perform better than cattle and produce very high quality beef and milk.”

How did you come to settle in the valley?

Miranda: “When I was younger, I earned a scholarship to attend Montana State University and first lived in the U.S. as a student. I went back to Venezuela to farm and focus on milk and cheese production. After that, the situation there got terrible and we left. My former wife had family in the valley, so we came here. I had been to the U.S. as a student and a tourist before, but in 2013 I arrived as a foreigner, an immigrant, knowing I wasn’t going back.”

Can you tell us more about your herd?

Miranda: “I originally started with two buffalos, then slowly added two more, then four more, until now I have over 30. The animals are from different locations across the country, so there is strong genetic diversity. I have two bulls, and the rest are females. With dairy, calves are born year-round; the buffalos’ natural window for birth is in the summer, but I have them scattered throughout the year. Sometimes I’m up in the middle of the night, checking on a calf, but they usually don’t need much assistance.”

You are passionate about sustainability. What is unique about your approach?

Miranda: “I think the modern dairy industry is a disaster. My model is much different because I allow babies to be with mom—all day they spend with mom. At sunset they’re separated in a pen, and in the morning I milk only two teats, so the calf gets the other two. The calf gets full on milk, and grazes on grass, and it doesn’t break their instinct. What I do is in harmony with nature. The buffalos graze in a few different places in the valley (Old Snowmass, Carbondale, Willits, and Missouri Heights) and I practice rotational grazing, which is beneficial for the landowners because the animals fertilize the soil, help with weed control, and help to regenerate the fields. The buffalos actually improve the pastures’ condition. I wouldn’t do what I do if I had to work any other way.”

Follow Rocking TT Bar on Facebook and Instagram to learn more about the daily lives of Miranda and his buffalos. Message him via social media to get details about limited remaining milk shares and beef.