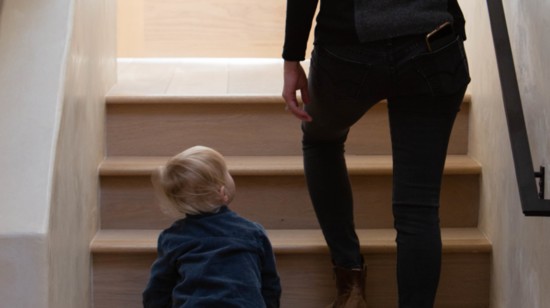 Brittany Hailey of Cactus Vacations on Motherhood, Small Business, and Finding What 'Having it All' Means to Her

In August 2018, Brittany Hailey was two days postpartum when she got an important phone call. Her son Hawthorne had just arrived, and Hailey was still adjusting to life with an infant when a professional opportunity knocked—and she took it.

In the span of 48 whirlwind hours, Hailey suddenly found herself simultaneously venturing forth in two brand new roles: that of a mother, and that of a business owner. Looking back, she recalls that this was a defining crossroads in her life.

“I was working in the marketing department at a local skincare company, and I was very dedicated to my career, always have been,” Hailey says. “I always thought I’d be able to have my career, and I was very vocal about that all the way through my pregnancy. But something in me started to change after my son was born.”

Hailey and her husband had also been managing an Airbnb on their property for a few years, and he had recently commented that she should consider making something of her talent for hosting.

“I’d become really passionate about the hosting experience,” she says. “In a couple years I’d grown our Airbnb into one of the top listings in Carbondale, with the most reviews. But when my husband encouraged me to branch out, and maybe do something bigger with it, I just brushed it off at first.”

But then, Hawthorne was born—and that important call came in. It was from a local homeowner who had heard about what Hailey had built with her own listing; he wanted to know if she would be interested in managing his second home as a vacation rental, too, and could she start asap?

Unsure how she would pull it all together, Hailey jumped headfirst and said yes. She gained the first client of what would soon become her new vacation rental management business, Cactus Vacations.

Fast forward to today, and Hailey is now managing 11 unique properties across the valley, offering vacation rental consulting services, and getting to spend more time with Hawthorne. She officially launched her company in October 2018, left her full-time marketing job in February 2019, and was soon able to decrease the number of childcare hours she initially needed for her son in the months after his birth.

“I sometimes joke that I started a business and was able to replace my former salary while my baby napped,” she says. “At first, my son was in a nanny share four days a week, and I found that nearly my entire paycheck from my previous job was going to that. My husband and I were scrambling to juggle our work schedules and childcare, and it all started not feeling right. But I had never planned on things not feeling right; I wanted to work, but the pull of my new family obligations meant I wasn’t devoting myself fully in either direction. I realized that if I left my job and poured that time into my business, I could make it happen. And I did.”

Motherhood, Hailey adds, brought new perspective which she had not anticipated until her son was in her arms. She had never envisioned herself as a stay-at-home-mom, but in her heart quickly realized that she wanted to spend as much time as she could with her child during his formative years.

“I have deep respect for all mothers and the choices they make, whether it’s working full-time away from home and utilizing childcare, or staying at home and providing the care themselves,” she says. “And I understand that many women aren’t able to choose—they take on different roles out of necessity. So I’m very, very grateful that I’ve been able to work through options and build the kind of flexible situation that works best for me during this time in my life.”

So how does she do it? Due to the nature of her business, Hailey’s work days never look quite the same from one week to the next. On Mondays, Wednesdays, and Fridays she cares for Hawthorne while doing supply runs, visiting properties, meeting with contractors, and checking off other to-do list items that can be accomplished with a toddler in tow. On Tuesdays and Thursdays her son attends Blue Lake Preschool, affording her time to catch up on office work and other tasks that require total attention, and maybe even squeeze in a yoga class or self-care activity.

One of the most fulfilling parts of running Cactus Vacations, Hailey says, is her commitment to partnering with other moms of young children who need flexibility, too. She works directly with a cleaning team and other local female professionals who help care for her properties.

“When my clients choose my business over bigger national companies like Vacasa or Turnkey, they’re truly investing in our local economy,” Hailey notes. “Their dollars are going to my local crew and staying in the Roaring Fork Valley, rather than disappearing with some big out-of-state corporation.”

Many women aspire to “having it all,” or attaining that elusive state of balance between work, children, and self, but Hailey feels that perhaps this is an unfair—and unrealistic—expectation of mothers. In releasing this from her own life, she has found a way to settle into motherhood and simply make the most of what she can build herself.

“Maybe it’s actually impossible to ‘have it all’ once you become a mom,” she says. “And I just like to think, what if that’s ok? Of course we’re different after having children. Our lives don’t have to stop; we just have to get creative. So I’m finding what balance means for me.”