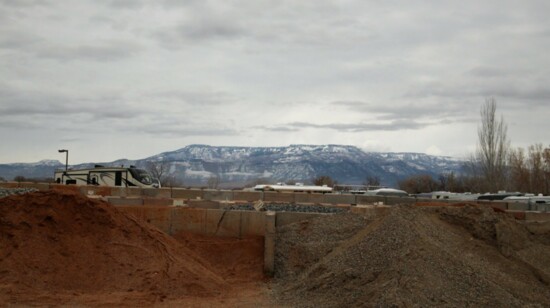 A most interesting man in our community

Locally owned businesses in Grand Junction come and go regularly, oftentimes without leaving much of an impression on the locals. Some, however, have been around for so long, they have become a fixture, almost like a landmark, here in the Valley. Sticks and Stones and Fort Knox RV Storage, owned and operated by long time entrepreneur Warren Dettmer, are two such businesses that have been a familiar sight in Grand Junction for many years.

Warren was born in 1951 in Stanley, Wisconsin. He grew up on a farm in Boyd, Wisconsin. In 1977, at the age of twenty-six, and after seven and a half years of serving in the Army, Warren decided to leave Wisconsin and take up farming with his father-in-law out here in Grand Junction. For the next two years, farming proved to be less than profitable. To make ends meet, Warren took his first foray into business ownership and he started a construction and demolition company with his father-in-law called Lockert and Dettmer. Finding initial success, they left farming behind and went full-time into the new business.

Warren soon realized that the company trucks were running empty on the way to jobs out in Delta and Montrose. He discovered that he could haul and deliver landscaping supplies instead. This way, his trucks were always running full. Thus, in 1980, Sticks and Stones was born.

Two years later, not long after purchasing his spring inventory, Warren was faced with his most difficult economic setback. On May 2, 1982, known by those who remember it as the infamous "Black Sunday," Exxon backed out of its oil shale project. Overnight, 2,300 employees lost their jobs, and another several thousand residents would leave the Valley over the next year or two. Warren had to struggle to sell off his inventory. To keep from losing the company, he was forced to close his doors. For the next seven years, the only business he ran was Lockert and Dettmer.

Despite his success with his businesses, Warren has also endured numerous personal challenges throughout his life, several of which nearly claimed his life. When he was eleven years old, he was in a car wreck that broke both of his femurs and put his head through the windshield. He spent three months in the hospital immobilized in traction. In 2010, while flying his helicopter, the engine died due to a plugged vent line, causing the "helo" to fall some 30 feet to the ground. In 2013, Warren was diagnosed with cancer. Since then, he has endured 44 rounds of radiation treatment.

When asked how he felt about all the things he's gone through, Warren didn't offer any complaints. He said, "Life is good, I'm happily married and I have a good family." Growing up on a farm, he said he learned that, "you just got up and went to work." He believes that positive attitude has seen him through every hardship he's been through, and it's the key to keeping his businesses going for all these years.