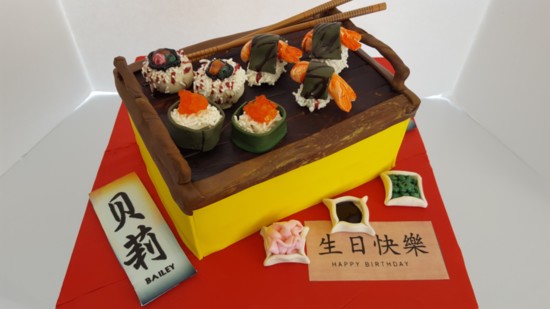 If life were a cake, Liz Hale would be the icing. She’s lively, bright-spirited and covers her cakes with personality.

So when the Food Network discovered her creations on Instagram and invited her to appear on a new cake show, Liz happily whisked herself into the limelight.

“It was really surreal. It was very exciting because I love being on stage, acting singing, being in the spotlight.”

This May, Liz and her husband, Jerry, appeared on the first season of the new Food Network show, Winner Cake All. The show pits bakers against each other in a competition to create an intricate themed cake. The winning team earned $10,000.

The Food Network challenge was especially intricate: create an interactive cake topper and a baby shower-themed cake. The cameras were rolling, lights blazing, and the couple was scrambling.

The goal for the first challenge was to create an interactive cake topper to reveal the gender of a new baby. The couple created an edible beehive complete with a moving door and a honeybee made of sugar. When the door opened, it revealed the color blue to show a baby boy was on the way. Liz and Jerry advanced to the next round.

The second challenge didn’t go as sweet. Bakers were instructed to create a cocktail-themed cake for a posh baby shower pool party. The party was to be hosted on a stylish Los Angeles rooftop. Drawing from their Texas roots, Liz and Jerry designed a ginger beer cake with strawberry filling. The flavors were akin to a Moscow Mule cocktail, except with strawberries. They dubbed it a 'Texas Mule' and planned to sculpt it into the shape of a stork.

“We tried to keep it very Texan and very Southern,” Liz says. “I was born here. I wanted to make sure our cake represented who we are.”

But with less than five hours to create, and tensions rising, the couple made a critical mistake.

“What really happened was the time frame," Jerry says. "We were scrambling for our lives.”

The couple cracked under pressure—cracked too many eggs, in fact. In a haste, Liz accidentally added three times the required eggs to their cake batter. Their baby cake was ruined, but the bakers pressed onward. They built a cake swimming pool filled with edible blue gel. They set the stork inside. They sculpted edible skyscrapers and palm trees. But the damage was done. Judges said the cake texture was far too dense, and the couple did not advance to the third round.

Liz says it’s hard watching the show now, knowing they did not win, but the experience was enjoyable. She’s learned how to pay more attention to her decorating details, and Jerry says he’s learned more about making a food TV show. Nowadays, the couple is turning their focus to their second business, Plum Coffee on Barker Cypress. The couple recently purchased the shop which offers locally roasted coffee, pastries and regular open mic nights.

And though the cake business is still their bread and butter, Liz says if another show opportunity arises, she’s ready for the limelight.

“It was a great opportunity. I’d do it again in a heartbeat.” 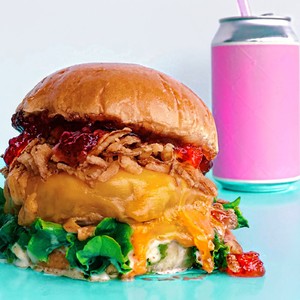