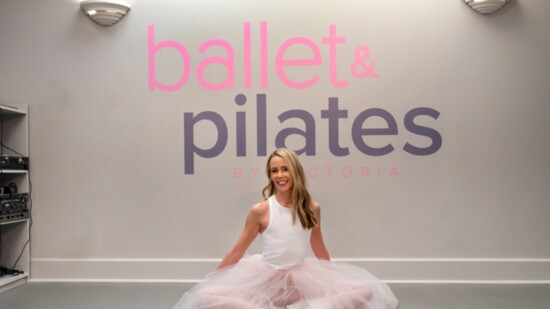 Victoria Simo was just a girl when her mother would take her to see the Houston Ballet’s Christmas classic, “The Nutcracker.” The sword fights, the dancing animals, waltzing snowflakes and whimsical Sugar Plum Fairy captured her childhood imagination. And there, in the seats of the Wortham Theater just rows away from the performers on stage, she saw her future move before her. She knew what kind of a dancer she would become.

“This is my moment,” Victoria says, remembering. “This is where I want to be.”

It was a childhood dream Victoria would eventually manifest and inspire countless others along the way. Hers is a story of resilience and grace in the face of intensity and illness. A classically-trained ballerina, mom of two, dance studio owner and cancer survivor, Victoria lives her life as gracefully as if she were immersed in her art.

“Dance just makes my life so full,” she says. “It’s just been always deep in my heart and soul.”

Life as a professional ballerina is a dream for many little girls, but Victoria worked to make her own dream come alive. The daughter of a jazz dance instructor, dancing had always been a part of her life. Her mother encouraged her art growing up at just 15 years old Victoria auditioned for one of her biggest roles yet. She auditioned for a spot in the prestigious Houston Ballet Academy and earned a scholarship to train in the professional program with ballet students from around the world. The training was intense and fraught with sacrifice. As a teenager, Victoria would leave classes at Cy-Fair High School at noon and travel to Houston’s theater district for ballet training. Her weekends, as well as Thanksgiving and Christmas holidays were devoted to training and performances. But at such a young age, the experience was life-changing.

“It was definitely an incredible experience,” Victoria says.

Victoria went on to perform professionally for 10 years at Texas Ballet Theater, in Fort Worth. She danced her way to become a principal ballerina－the highest-ranking professional dance position in a ballet company - and even fulfilled her childhood dream of performing in “The Nutcracker” as The Snow Queen.

“Every time the fog came up, the music played, it still felt like I was that little girl,” she says.

Off stage, Victoria was involved in helping others realize their own dance dreams. She taught at the Texas Ballet Theater School and created new programs for children and fitness programs for adults.

A STUDIO OF HER OWN

Then, in 2012, after a young life full of dance and performance, she hung up her ballet shoes and retired. She was just 30, but knew she wanted to start her own family with her husband and launch her own studio. She would do both, but it wouldn’t be easy. Victoria was on bedrest expecting her first baby when she launched Ballet and Pilates by Victoria here in Cypress. The studio offers kids and adult classes in ballet, barre, pilates and reformer. Her studio is lively, creative and encouraging. Victoria takes her work seriously. She’s tasked with introducing young dancers to movement and appreciating their bodies. She’s also proud of the fact her studio caters to the entire family. She offers drop-off daycare for siblings and simultaneous adult classes for parents to enjoy while their little ones are in dance class.

“That to me is everything we want to do,” she says. “That entire family atmosphere exercising their bodies and their imaginations.”

Her greatest joy is getting to transform lives through dance and watch her students grow from shy, self-conscious kids or adults who are unfamiliar with their bodies to rockstar performers.

“After a few barre classes they’re entering the room like Beyonce,” she says. “Their light is just shining so bright.”

A JOURNEY WITH CANCER

The same year Victoria opened her studio, doctors discovered a lump in her breast. Victoria lives with a rare genetic predisposition for breast cancer and cancer which runs in her family. She also has another genetic predisposition that makes the cancer radiation resistant and recurrent. By 2020, Victoria’s cancer had spread throughout her body, prompting her to get a hysterectomy and a double mastectomy. Later that year she also had her thyroid removed after doctor’s discovered a lump that nearly obstructed her breathing. Before her surgeries, Victoria was at the pinnacle of her health. She was fit, ate meticulously well and exercised. After her surgeries she wanted to do everything she could to get back to business and motherhood. She wanted her children, 8-year-old Emily and 5-year-old Calvin to see her confident and healthy as quickly as possible. So she chose an unpopular post-mastectomy approach -- she opted to skip breast implants and focus instead on her healing.

“I didn’t need that to feel like a beautiful woman,” she said. “It’s important that our femininity is not outside our body. It’s inside. I felt very strongly I could continue my femininity and my womanly power and my inner lioness in many other ways.”

These days, Victoria is still in her fight with cancer. She’s getting radiation on her right lung and  splits her days between treatments at Houston’s Medical Center, studio time and hustling to pick up her kids from school.

But she’s far from alone in her fight. Last fall, along with her studio instructors and clients, she raised more than $10,000 for Susan G. Komen Foundation to help with cancer awareness and research. She also partners with Memorial Hermann Hospital to encourage women to complete breast and thyroid cancer screenings. And she’s nowhere near finished.

“Our goal is to raise so much more next year,” she says. “We just had such an incredible powerhouse of women supporting us.” 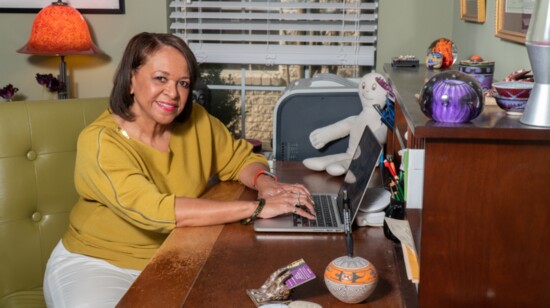 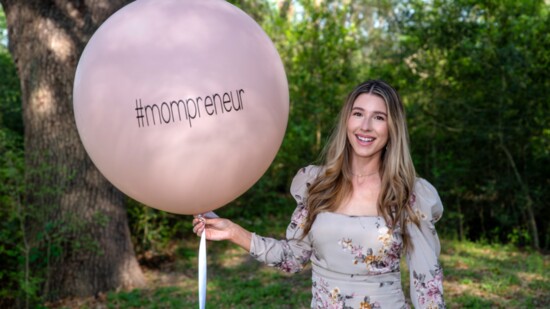