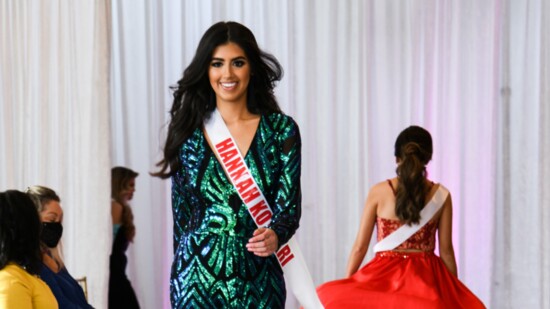 Girls with Goals and Dreams

Meet three amazing girls who want to change the world

Seventeen-year-old Hannah Kothari is more than a beauty queen. While pageantry is her most public endeavor, the Memorial High School senior is also a published writer, amateur pilot and helps run a non-profit for hospitalized children. Pageantry, she says, just helped her learn more about herself and what she does.

“It really gave everything that I do a little bit more purpose and meaning,” she says.

As the Miss Gulf Coast Teen USA titleholder, Hannah stays being a role model and promoting her non-profit, Harrison’s Heroes. Hannah, alongside her parents, started the group in memory of her two-year-old brother, who had brain surgery and was extensively hospitalized before he died. The goal of Harrison’s Heroes is to bring encouragement and joy to children with long hospital stays throughout Houston. Hannah coordinates volunteers, handles social media and helps arrange gift boxes for patients at Texas Children's Hospital. She also helps host yearly holiday parties and gifts for the kids.

Since quarantine, in-person hospital visits have been more difficult, but Hannah is creative. After winning her title in February, Hannah rallied her fellow beauty queens to join in a virtual storytime with the children.

“The kids just loved seeing real-life princesses reading them a story,” she says.

Along with her charity work, Hannah writes for multiple Houston publications—including this one. She also keeps up a poetry blog where writers can submit their work for anonymous publication. The blog, Sincerely Anonymous, is a “judgment-free” space where writers can express their emotions and use writing to heal, Hannah says. Channeling her own grief, Hannah even wrote a poetry collection of her own called “Shattered Hearts.” The book gave her closure and she hopes to get it published soon.

When she’s not writing or working with Harrison’s Heroes, Hannah is earning her private pilot’s license. She successfully piloted a small aircraft off the ground, flew at 3,000 feet and hopes to finish the program before she leaves for college. Until then, she’s busy prepping for next month’s Miss Texas Teen USA beauty pageant where she will compete against 100 girls for the title.

Eleven-year-old Jada Ramos has quite the resume for someone her age. She’s a junior cheerleader with the Houston Texans and performs at a yearly football game at NRG stadium. She’s danced alongside professionals in Houston Ballet’s The Nutcracker. When she’s not dancing, she puts on her crown and attends charity events as a “mini ambassador” for the Miss Houston beauty pageant. She’s collected school supplies and helped with Kids’ Meals Houston.

“I really enjoy seeing all the kids' smiles on their faces when they see the princesses come out in their crowns,” she says.

But her journey wasn’t always easy. In 2018, Jada was forced to quit dance and attend school at home after she experienced frightening episodes where she suddenly stopped breathing when she slept or danced. After a year, she was diagnosed with a type of vocal cord dysfunction and had surgery to treat her condition. Now, more than a year since her last attack, Jada is healthy, dancing again and gearing up for her next performance in October with the Texans cheer team.

Lily Wachuku is a teenage content creator on a mission to empower girls. She is the writer and voice behind Live Life the Girl Way, a website where she shares positive messages about overcoming self-doubt and discovering one’s passion. More than just a motivational blog, Lily’s site showcases female industry leaders and influential women in history who’ve overcome adversity.

Lily started her blog when she was just in eighth grade at Spillane Middle School where she’d often hear other girls say negative comments about their abilities or bodies. The girls were discouraged, self-conscious or didn’t think they could be successful in their careers. It was an experience that made Lily think about her own skills and how she could help others change their thoughts.

“I was looking for ways to use my gifts and talents to help the world in need,” Lily says.

Now in her third year of publishing, Lily has partnered with women and girls across the country to share stories of female empowerment. She’s interviewed Chelsea Hackett, co-founder of the global organization SPEAK. She’s also interviewed Boeing aerospace engineer Tiera Fletcher, who helped create the space launch system for NASA.

Lily’s most recent efforts include supporting impoverished girls in Malawi, Africa. According to UNICEF, girls in Malawi often leave school because they can’t afford to pay school fees. Many, still in their teens, end up pregnant, married and without any access to education. When Lily learned this, she launched a fundraiser called Fuel Her Dreams, to raise money for these girls. Within three months, she raised $2,800, enough to fund one year of education for a dozen Malawi girls.

These days, Lily is starting her senior year at Cy-Ranch High School and describes herself just as an “average teen” who still gets anxious about tests and college applications. She wants to become a pediatric oncologist where she hopes her optimism and strength can help children and families.

“I’m someone that is very blessed to be able to connect with people,” Lily says. “I’m told that my smile can light up a room. I would like to bring that same light and joy both to the patients and their family that are all dealing with the fight of cancer. Even in a tough and challenging situation, there is still light at the end of the tunnel.”