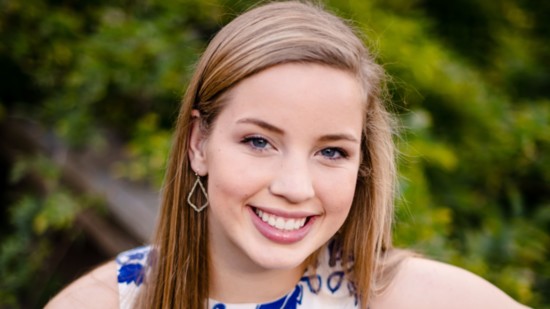 They may not have had a ceremony, but the 2020 graduates still excelled

There were no cap tosses or valedictorian speeches for the class of 2020 but that doesn't diminish the successes of the amazing young adults of Northland Schools. Meet some of the groups and seniors that distinguished themselves in high school before they go on to achieve great things!

During my senior year at Liberty High School, she invested a lot of time into extracurriculars, academics, and athletics. Academically, she participated in the KLHS Broadcasting Program, Leadership Class, the A+ Program, where she helped tutor freshman algebra students, and the National Honor Society. She was active in clubs such as The Breakfast Club, Link Crew, and Key Club, which allowed her to help others in her school and provided community service opportunities in Liberty. She was a captain for the Girls’ Basketball Team, which had an undefeated regular season, won a conference championship, and won a district championship. She earned first-team all-conference and all-district awards, as well as made the all-tournament team at the Rockwood Summit Holiday Tournament in St. Louis. Throughout the winter, she also coached a first-grade girls' parks and rec basketball team with her teammate and good friend Olivia Nelson. She is going to continue her basketball and academic career at Northwest Missouri State University in the fall.

In her four years at Liberty High School, Sydney tried her hand at many different activities. She came into freshman year, ready to get involved as quickly as possible by joining multiple clubs and planning her future career as a chef.  After accidentally signing up for the Journalism 1 class as a sophomore, Sidney immediately found a passion for reporting. By the end of that class, she had already enrolled in the newspaper class for the following spring semester. She was finally immersing herself in LHS through her passion for writing as well as leading people. At the end of junior year, she applied for the Editor-in-Chief position, and after only being in the class for a year and a half, she was in charge of working with everyone on The Bell staff. On top of working on the high school newspaper, Sydney worked for The Courier-Tribune as a high school sports stringer and got a taste of what real-world reporting is like. Sydney will be attending Northwest Missouri State for Multimedia Journalism in the fall of 2020.

NKCHS Student Council is a robust group with a strong sense of community and giving back.

Several students who are now seniors have been part of the group for three years. That core group has participated in raising more than $25,000 for numerous charities, including the Make-A-Wish Foundation, St. Jude Children’s Research Hospital, and Special Olympics, among others.

Nicholas spent his high school career cultivating his interests both on and off the field. He participated in four years of cross country, basketball, and track, as well as groups like the Christian Club, and programs like AVID (college readiness prep) and NCC Teaching Professions. Throughout his tenure at Winnetonka, Nicholas maintained excellent grades and will graduate with a 3.8 GPA. He was also the 2019 Homecoming King. Nicholas was enrolled in the NKC School district's Grow Your Own Program. He will attend New Mexico State University to earn his teaching credential and return to the district to teach.

The 2019-2020 season was a historic one for the Staley Boys Varsity Basketball team. This year saw the gentlemen win their first conference title, a first district title, and the first appearance in the state final four competition. They also won the William Jewell Tournament and the Liberty Tournament. This will undoubtedly be the first of many.

Paige Allen proved herself through a stellar senior year on and off the court. She earned the honor of District Player of the Year as well as Conference MVP. During her high school career, Paige scored more than 2000 points, making her the district top scorer in both girls AND boys basketball. She also led her team to their first-ever Conference Championship, all while maintaining a 3.5 GPA. Paige will be heading to Texas A&M Corpus Christi to study zoology.