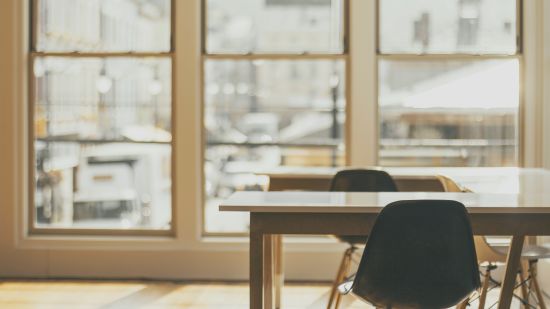 A Mother's Admissions Letter for her Son

A TOUCHING LOOK AT HOW HE SHINES OUTSIDE OF ACADEMICS

Many times, as a mother, you can start to feel like maybe your kids are the worst. Everyone else has better behaved children who don't act like my kids. When I sat down to write this admissions letter, I was grumpy. I had just received a lackluster "progress report." More like "NONprogress report." I questioned if he should even have the privilege of attending the school I was sitting down to write to. And as I got going, my attitude changed, my heart softened, and I decided that he is a true joy to have as my child. Maybe you need the reminder too.

I became a mother in the heat of July in 2006, and while I planned to have an epidural and slower birth, Layne had other plans. He rushed right in, and I stared at that creature with wide eyes, "I think I love you but what in the world am I supposed to do with you?!" This is the question I continue to ask myself when I see his grades some days. That being said, Layne isn't much of an academic. He has to really try hard, he often thinks he can wing it, and he doesn't always follow the instructions. He's the youngest boy in his grade, and the others are more mature and everyone is taller. Unfortunately he got my late bloomer gene. And my book smarts. When I was in 5th grade, the teacher would call us up to her desk and covering the other student's grades in the old school grade book, would show us ours. Mine was a B- and I burst into tears. The teacher patted my back and said, "Jami, honey why in the world are you upset? This is up from the D last month," and I looked her straight in the eyes and said with my thick Texan accent, "I'm just so happy." Numbers didn't come easy for me, and I was the shrimpiest shrimp, but I tried my hardest and I was proud. I would have rather made art all day. But I guess, and I say this with a coozie in my hand that says, "Just another day has passed without me using algebra once," numbers do have their place.

Layne is Number 1 in stop motion videos, drawing, building things, entrepreneurship, witty jokes, kindness and inclusion of others. He sees the little ones, the ones who aren't as cool, and he makes them a place. At summer camp, Layne earned the friendship award after his counselors overheard him talking with a kid who seemed to be left out and a little homesick. Layne walked over and asked him what he liked to do, the boy explained karate was his thing. Layne instructed the other guys in the cabin to take off their shirts, place them around their heads, and that they were now forming a karate club with the new guy. To this day, that is the only karate training he has ever received, but how quick he was to fully embrace a sport he didn't know a thing about just to make that child feel welcomed.

And he does stuff like this all the time. Yesterday at the Super Bowl party, he made a hilarious stop motion video featuring an epic lego battle with the neighbor boys who are 7 and 9. You don't often see 13-year-olds happily existing with younger kids. His best friend on the baseball team for the past three years is a kiddo with special needs. When Patrick had a seizure last year, I told Layne, who was surprised. Not thinking too much of it, I mentioned the child's ongoing special needs, and in the middle of my sentence Layne interrupted, "Wait, stop. He doesn't have special needs at all. What are you talking about?! Have you seen that guy pitch?" He sees through labels and really sees the person. And maybe it helps that he has a special needs sister and he’s used to embracing differences. He’s been to Haiti and Africa and has seen how he must use his privilege for good, and he knows the privilege of “fitting in” is only good if you use it to widen the circle. We are all different and all the same, and he understands this already at such a young age.

As far as being number 1 in entrepreneurship, when it snows, it's the best day ever. Not so he can play video games, but so he can shovel driveways for extra cash. When the Royals won the world series, Layne made origami look-alike players at the height of the excitement in our city. He put them in his red wagon, and sold them for the atrocious price of $20 a piece to all the neighbors. Did he rip them off? Who’s to say, but it was clever. He also loves a good lemonade stand, but he won't pay his sisters if they abandon the table to go play with their friends. Not on his watch.

As the number 1 architect, when he builds lego sets, he doesn't follow the manuals and always has 30 extra pieces from the box—but it's because he "modified it" to be more efficient or "well, as you can see,  I added wheels to that. Now it can move. Watch it go down this ramp I made with old cereal boxes." I have lost many picture frames due to his inventions, but this letter isn't about me.

While neither of us shine in book smarts, since he was a baby, he watched me run my own businesses, build them, sell them, fail at them, and make them successful. He doesn't know any other way but to figure it out, to bring people into your success, and to do so with kindness along the way. He's my baby boy always, and so, of course I think he's an asset wherever he goes. You know us mothers are often skewed. But I can't help but think you'd be missing out on something special for your school, at the very least, a rogue karate club if you don't already have one.

P.S. I did finally hit that growth spurt, growing 6 inches between my senior year in high school and freshman year in college. Layne would covet your prayers that the good Lord has kindness on him and provides growth this summer.

Hello! I'm Jami Nato and I'm married with 4 children that don't really look like me...but trust me, I did all the work. Jesus loving, Kansas City-based mama, funny girl. Into not doing laundry.
Read More In My Profile