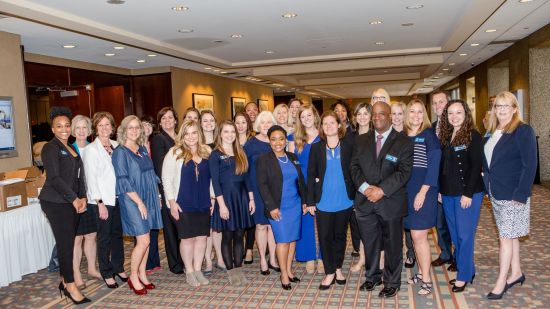 DRIVE THROUGH A FUN-PACKED CARNIVAL

Lee’s Summit residents John and Susie Newsam are serving as Honorary Chairs of CARnival for CASA, a benefit for Jackson County CASA (Court Appointed Special Advocates) whose volunteers give a voice to abused and neglected children removed from their homes for their safety.

The newly reinvented September 13 event invites families to load the kids in the car and drive through a fun-packed CARnival, where they will stop at booths to enjoy many of the activities of a traditional carnival but from the socially distanced safety of their car. There will be lots of activities, arts and crafts kits, exotic animals, a raffle, music, boxed lunches and sweet treats for everyone in the car, and more.

The event will raise funds to recruit, train and support Jackson County CASA volunteers as they advocate for the best interests of 1,250 abused/neglected children this year. Sadly, that’s less than half the children under court protection in Jackson County. Kids who have a CASA volunteer are far less likely to be re-abused and far more likely to find a safe permanent home. For the past eight years, 95% of children who had CASA volunteers have not been re-abused or re-entered the court system.

In addition to attending CARnival for CASA, the community also is invited to sponsor CASA kids to attend.  Many of the children served by CASA have never been to a carnival and say it’s the best day of their lives.  Tickets for CARnival for CASA, scheduled for 11 a.m. – 2 p.m. Sunday, Sept. 13 at Unity Village, 1901 NW Blue Parkway in Lee’s Summit, are $30 per child or $60 per car.

For 15 years, Carnival for CASA has been the metro’s largest event of its kind drawing more than 850 people. This year’s creative new event includes a booth where a child picks a color or number and gets either a prize, to watch someone get a pie in the face, or to watch someone get dunked. At another booth, volunteers will decorate participants’ cars. Along with lots of other fun activities and boxed lunches from Cosentino’s Price Chopper, families who need them will be able to get back-to-school supplies and donated food. This can be especially helpful to families housing the children served by CASA, who attend the event thanks to generous donors.

Honorary Chairs John and Susie Newsam have been supporting CASA for about 15 years. Susie Newsam, who also is active with other Lee’s Summit nonprofits, first learned of CASA while working at Lee’s Summit High School. “We cannot do enough to protect, help, and encourage children. They are our future,” Susie Newsam says.

John Newsam, who was running his own business with 30 employees, became a CASA volunteer before serving on Jackson County CASA’s Board of Directors, including as its Chair.

CASA volunteers – with on-going support from professional staff – work to provide critical information to judges, helping them make the best possible decisions regarding where the children should live and what medical, therapeutic, and educational services they need. Often, CASA volunteers are the single constant in these children’s lives as they navigate the court and foster care system.

While each case is different, a CASA volunteer usually spends about 10 highly flexible hours a month meeting with the child, speaking with others involved, and attending meetings or court hearings. Currently, all training and activities are virtual.

John Newsam says the experience of being a CASA volunteer was so rewarding that he felt he got more out of it than the kids. “I feel like it’s such a worthwhile organization. That’s where I put my time and dollars,” he says.

He also convinced some of his friends to become CASA volunteers. More volunteers are desperately needed. There is no need for any special skills or education to be a CASA volunteer – just a heart for helping children, a background check, and training.

You can sponsor a child to attend CARnival for CASA or purchase tickets to attend the September 13 event here.

Lee's Summit Lifestyle Magazine is a local, monthly, high end, community living magazine and we offer a hyper local focus within the community with a desire to offer top of the line products, while shedding light on the positive and inspirational stories that connect us. Lee's Summit is one of the fastest-growing communities in the state of Missouri, and is the fifth-largest...
Read More In My Profile