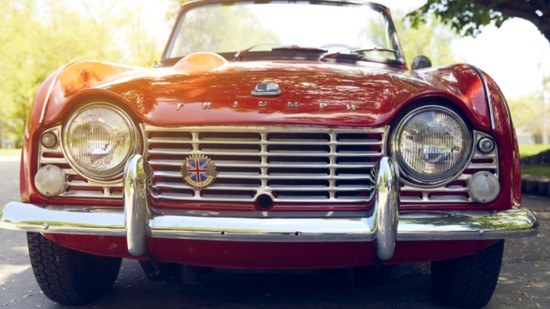 Howard Chamberlin had one small problem with his first car.

“It was a 1951 two-door Chevrolet coupe that didn’t run,” Chamberlin says, who lives at Lake Lotawana. “I had to get it running, and from then on, I always wanted a nicer car. I have always had an interest in cars for the simple reason that I never had much of a car to begin with.”

He has done exactly that, first moving up to a 1957 two-door, hard-top Chevrolet and then a 1963 two-door, four-speed Chevrolet. He later purchased a Triumph TR4 sports car that he drove to law school at the University of Missouri in the 1960s and still owns today.

Chamberlin continued to add to his collection throughout his career as an attorney and mayor of Lake Lotawana from 2009 through 2013. His son convinced him to purchase a 1948 Willys jeep that he saw from his bus window on the way to school. It turned out to need a lot of work.

“It was a complete rebuild, and when it was done, he drove it to school at Lee’s Summit North,” Chamberlin says. “The school didn’t like it when it took up two parking spaces.”

His later additions, including a 1988 Ferrari Testarossa and a 1982 Porsche Targa, were in much better condition. “Except for the Willys, I normally buy them in good shape and just keep them in good shape,” he says. “That’s not too hard to do when you don’t drive them too often.”

Chamberlin insures his classic cars through Haggerty Classic Insurance, which specializes in high-value cars that are rarely driven. He usually drives BMWs and stores his classic cars covered in a garage, except for the Porsche, which is kept by a cousin in southern California. Although Chamberlin is careful with his cars, he believes they are made to be driven—within reason, given the area’s harsh winter weather and summer potholes.

“They are still just a piece of metal and should be used,” he says. “I get the most satisfaction out of people being able to see them. The Ferrari is the most popular, and I drove it back here from California. During the summer, I drive it down to the Plaza for dinner—although I don’t trust the valet parkers. They usually let me park somewhere in front.”

Chamberlin laughs when asked if classic cars are a good investment. Much like the sailboats nearby on Lake Lotawana, the expenses can add up quickly.

“You always are putting money into them,” he says. “I could have bought a new car with the money I spent on maintenance for the Ferrari. Its value went up for a while and then back down, and the maintenance has been quite high. I guess it evens out.”

Collecting classic cars can be a rewarding hobby, Chamberlin says, but he encourages others to do their homework before writing a check.

“There are a lot of magazines that will give you a heads-up on what the car has done previously and what it’s doing now,” he says. “It’s not unlike the stock market in that sense. If you’re going to invest, you need to know what that car had done in the past or could do in the future.”

At the same time, however, people often buy cars more for passion than profit.

“If you care about value, you had better research it before you spend money on it,” he says. “But if it’s just your granddad’s car and you’ve always loved it, you don’t care about what the value is. If it’s just something you’ve always wanted, then who cares?”

Chamberlin has no plans to add to his collection unless something catches his eye: “There’s nothing on my radar screen,” he says, “but if the right car comes along at the right price, I just might buy it.”