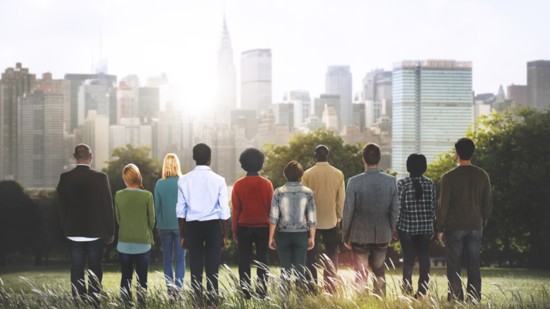 Inspirational Stories from Our Communities

Kansas City is full of inspiring, strong people who are doing amazing things. As we enter the holiday season, we have four stories from four different areas of Kansas City to share with you as a reminder to be thankful for the people in our community and to always try to help whenever we can.

Éowyn Maynes, daughter of K.C. and Amanda Maynes, was diagnosed with diffuse intrinsic pontine glioma brain cancer in 2017. With her community's support to pay for experimental treatments, she lived for 342 after her diagnosis and inspired her family every day of it. Read her full story and learn how you can contribute to the organization her parents started, the Éowyn: Fight Like a Princess campaign. Her parents continue to carry out her legacy by financially supporting other families who are fighting the same battle Éowyn fought.

Jay Rapley is an orthopedic surgeon who lost the use of his legs after being hit by a car when he was on a morning walk. The accident changed everything about his daily life, but he decided to not let it stop him. Six months later, he was already back to work, serving patients. He also has continued to support his family and be an incredible father and husband. Jay was awarded the 2019 Lee’s Summit Citizen of the Year and a 2018 Top Doctor in Lee’s Summit.

Terri Kern has her own story of survival after being hit by a car on a morning run. She suffered brain damage and after multiple strokes, she had to relearn how to walk, eat, drive and do many other activities that used to come naturally to her. Terri has learned how important it is to be patient—with yourself and others. She wrote a book to share that lesson and encourage people to be a little more kind as you never know what someone is going through. Her book is called Moving Mountains: Discovering Joy Through Suffering, and you can purchase it on Amazon.

100+ Women Who Care Southland KC is a group of women living in Kansas City who want to make a difference and help those in our community. Each quarter, the group meets together to vote on a nonprofit to support. Once settled on an organization, each woman donates $100 to that nonprofit. Collectively, they have the power to raise thousands of dollars in just half an hour–four times a year! The founders, Carla Hayes, Debbie Swearingen, Debbie Jackson and Teresa Hinrichs Perrin, are always welcoming more women to join. You can email teresa@specificiti.com for more information.

Don’t Lose Track of What You Love

Customize your content! Click the flag in the top right corner to save this article and refer back to it later on your profile.