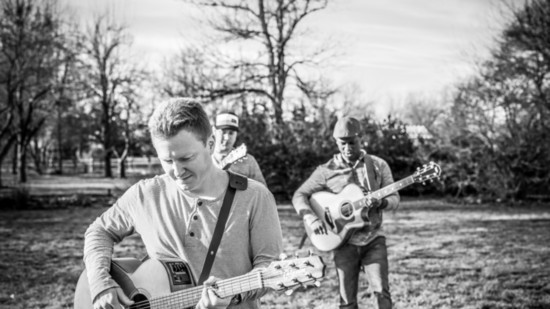 For many, music is a part of their identity. It illustrates who they are, adds meaning to what they are doing, and personifies everyday monotony. Music is the whimsy of the piccolo, the urgency of the trumpet, and the serenity of the violin. For Lucas Bingham, the versatility of the guitar is as central a part of his life as instruments are to music.

In talking about the beginning of his musical journey, Lucas Bingham chuckles as he credits his lack of enthusiasm for fourth grade study hall. When given the option of participating in strings he saw it as an easy trade-off, and although there were not a lot of musicians in his family, he studied violin through high school. It was not until Bingham was introduced to the acoustic guitar at age 13 while attending Boy Scout camp that he found his true musical passion. He left camp full of guitar curiosity and decided to save his own money to buy his own. He studied obsessively, practiced incessantly, secured a musical mentor, and started to play gigs in high school.

While studying mechanical engineering in college, a major he deemed practical, he continued to play and also joined a band. Upon his 2004 graduation from K-State he chose to pursue music full-time, playing in various bands and eventually adding vocalist to his musical repertoire. In 2008, he released his first album, “Clean Sheets,” on Pandora and Spotify.

Bingham had no grandiose plans for fame and stardom -- he simply wanted to share his love of music. He began teaching five days a week at Music House and continued to gig at night. He transitioned to manager of the school, then director, and also wrote curriculum. He had discovered a new love for music in teaching the next generation, and his admiration for Led Zeppelin and Jimi Hendrix fueled his desire to create a program with a “School of Rock” vibe.

But as much as Bingham is dedicated to music, the same is true for his family. After marrying and expanding his family he decided to put his engineering degree to use and entered the business world. However, this did not stop him from continuing to follow his euphonious aspirations.

Although he continued to play solo once a month, he wanted to get back to playing in a group. Along Bingham’s journey he had met many musicians, and one evening he invited guitarists James Lake and Andy Launder to join him. They played four songs together and formed an instant connection. KC Guitar Trio was birthed -- a group Bingham describes as an acoustic rock experience. They use a lot of effects: distortion pedals, wah pedals, octave pedals, harmonicas, and mandolins, and they innovatively arrange everything by dividing up the parts of rhythm, bassline, and melody. This ensures they create a well-developed song with a lot depth to it. They jam out every third Friday at the Canoe Club at Lake Lotawana.

In true workaholic fashion Bingham continues to teach and has also started teaching online, writing his own curriculum, and uploading lessons to YouTube. What makes his online classes unique is that he uses karate style colored bracelets that students can earn through practicing, performing, and connecting with other people. His hope is that a tangible motivator will encourage students not to flame out because they will be able to see their progression. To date, Bingham has impacted over 1,000 students by purely doing what he loves: playing guitar.

“My 10-year plan is to make music my full-time job -- performing, teaching, and developing curriculum - in a way that can support my family,” Bingham says. “My goal and my desire is to disrupt what is out there, to revolutionize and turn music education into something bigger.”