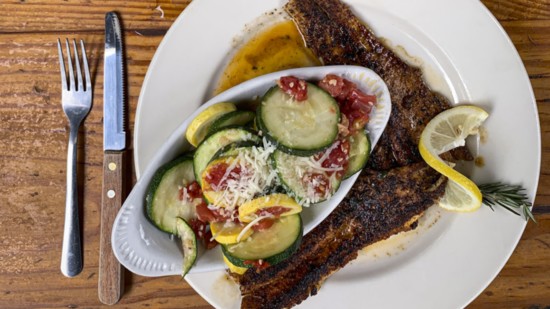 If you're headed to Texas, you might think to pack your Stetson and boots, but your lederhosen? You might be surprised! Just half an hour outside San Antonio sits a spring-fed oasis for Oktoberfest lovers and river rats alike.

The area where New Braunfels now sits has been inhabited since the 1600s. Native tribes were drawn to the fresh spring water, and the Spanish discovered the area during one of their scouting expeditions. Although the land was first owned in 1825, it was sold after the bloody battles that cemented Texas as a republic. Named for Braunfels, Germany, the area was founded by Prince Carl of Solms-Braunfels in 1845. With two spring-fed rivers, the Comal and the Guadalupe, it's easy to see why the Prince wanted to put down roots.

Today, those two rivers bring in a flood of visitors every summer, all hoping to enjoy the cool water int the middle of a tube. You can visit four water parks in one, with several attractions emptying into the Comal River.

But there's more to do than just float in New Braunfels. With a growing dining scene, you can easily eat your way around the city as well, and it's not all BBQ. Between New Braunfels and its neighboring town of Gruene, there's plenty of history to investigate as well. Want to dance in the oldest dance hall in Texas? You can kick up your heels at the Gruene Hall, where some of the biggest names in country music have played. Or maybe Texas Hill Country is more your speed. Head to one of the many wineries or have a picnic in the rolling hills. But if you're looking for good eats, look no further than New Braunfels.

Naegelin's Bakery is more than just the place for a perfect sprinkled doughnut. It's the oldest continuously operating bakery in Texas. Founded in 1868, they offer a huge variety of pastries, breads, doughnuts, pies, and cakes. Try the sweet pretzels for a German favorite or go for a bit of Czech flavor with a kolache. Available in sweet or savory versions, kolaches are typified by a yeasted dough. Sweet kolaches occur in circles with a dollop of luscious fruit or seed filling. Try the apricot at Naegelin's. You won't be disappointed. If you're craving something savory, the bratwurst kolache is the best pig in a blanket you could hope for.

Is it sacrilegious to eat barbecue anywhere but Kansas City? Maybe. Is it also delicious? Absolutely. If you want to know what the fuss is about, head over to Black's BBQ. Originally started in Lockhart, TX, this down-home joint has expanded to New Braunfels. Now it hosts a pit that can handle 500 lbs. at a time, and by the look of the lines, they need the space. Grab a pound of the brisket and know what it means to have something melt in your mouth. Don't worry; Kansas City has Black's beat in sides. There was nary a baked bean to be seen. I was too busy eating fork-tender beef to notice though.

There are two sides to Krause's Cafe. Walk in the door around the corner from the quaint mural of German life and you'll find a homey cafe serving German comfort food favorites like Kase Schnitzel with biercheese and french fries. For the kiddos, try the four cheese spätzle. They'll never guess it's not mac and cheese. If you need a little more air, head out to the Biergarten and try to believe that you're not in Bavaria. Their expansive beerhall replicates the feeling of Oktoberfest with plenty of German brews on tap as well as a huge selection of Texas beers as well.

For a truly New Braunfels experience, head to the Gruene Historic District. There you'll find the historic grist mill where farmers used to gin their cotton in the 1800s. After a fire decimated the majority of the gin in 1922, the building sat empty until 1977 when it reopened as the Gristmill River Restaurant and Bar.

Now you can watch as people float down the Guadalupe as you dine on fresh catfish, chicken fried steak, and tomatillo chicken. They make a mean margarita with only freshly squeezed limes that slake the thirst during hot Texas afternoons. And don't miss the summer squash sautéed with bacon, tomatoes, and butter or the round cut Gristmill fries. You won't regret it.