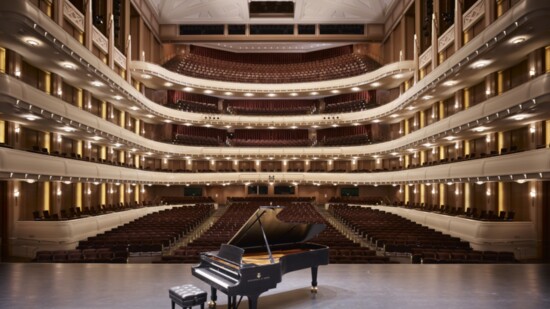 Photography by Joan Marcus and The Smith Center

Live performances at The Smith Center might be on extended intermission due to the pandemic, but its educational platform is taking center stage.

The world-class venue that has delivered music, theatre, and dance to the local community since opening in 2012, continues to provide a strong arts education in Southern Nevada schools through virtual opportunities.

Prior to the COVID-19 pandemic, the educational programming included in-person student matinees, professional development teacher workshops and master classes that were completely full or on a waiting list, according to Candy Schneider, vice president of education and outreach.

“The pandemic set us on a different direction, having to think immediately of how we could continue to serve a variety of programs in a virtual environment,” Schneider said. “Over the summer, we worked with a number of performing arts center partners to talk to agents and artists who would be able to create virtual performances that we could share with schools.”

Those discussions paid off. Last fall, about 13,400 students took part in watching their first virtual matinee “SUGAR SKULL! A Virtual Día de Muertos Adventure.” Its success prompted two other virtual programs “Five Days with Step Afrika!” and “Black Violin” to be made available to public, private, and charter schools.

Myron Martin, president and CEO of the Smith Center and a pioneer in the performing arts industry, said those that participate in artistic endeavors such as theatre, come away with a better understanding of conceptual thinking.

“In some cases, it could help some of these kids stay in school,” said Martin who became inspired by performing arts during a fourth-grade field trip to see the Houston Grand Opera. “In other cases, students may decide they want a career in some form of music theater or dance.”

Arts education has been at the core of the nonprofit’s mission since before the state-of-the-art building opened in the Symphony Park development in downtown Las Vegas. Martin said as early as 2006 his team borrowed spaces to house performances for the community and developmental training for teachers.

Now, after eight years, more than 700,000 Southern Nevada students and teachers have benefitted from its education and outreach initiatives at no cost to schools, according to Schneider.

Martin is especially proud of the Heart of Education Awards, which he said he modeled after a program created for schools and teachers in Washington D.C. The awards recognize outstanding Clark County School District educators who go above and beyond for their students and schools. Finalists will be recognized in spring 2021, and the top 20 teachers will receive $5,000 plus a $1,000 donation to a school program of their choice.

The Smith Center is poised to reopen, but it’s still unknown when the curtain will rise for the next performance.

Since closing, the center has had to cancel or postpone more than 450 performances, resulting in more than $32 million in lost revenue.

“No one was buying tickets because there were no shows, so we had to cut costs every way possible,” Martin said. “Even the skeleton crew, the small group of people that were left to keep the business going, were asked to take pay cuts. We had to do that as well just to get us to a place where we could in fact reopen.”

The center was one of the first major venues in Las Vegas to close, according to Martin. He anticipates it might be one of the last to open to provide a safe, authentic theater experience.

“The Smith Center isn’t a place that we’re going to reopen with 25 percent attendance requirement,” he said. “We know that the experience of live theater is not the same when you have to sit six feet away from anyone else. We are holding out and will reopen when it’s safe and we all can sit elbow and to elbow and laugh and cry and have these experiences together.”

Those who wish to support the sustainability of performing arts in Las Vegas can visit thesmithcenter.com. 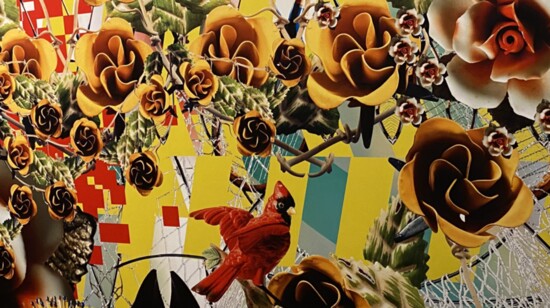