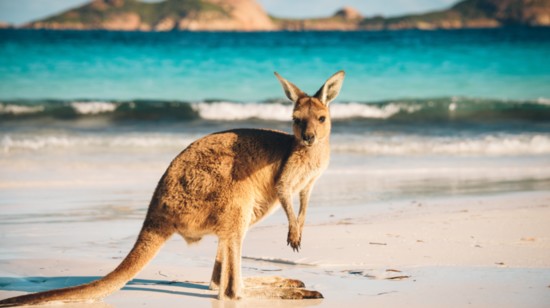 A Vacation Down Under

This season is the perfect time for a fun-filled tour of the land Down Under: Australia!
From the breathtaking coast of Sydney and the red and rocky peaks of the Northern Territory to the gorgeous Great Barrier Reef in Queensland, Australia is brimming with culture, character and charisma! Around every corner and under every rock is something new to discover in this truly unique and extraordinary country. So let us guide you through the paradigmatic Australian tour!
Starting off this country-wide tour, we head down to the iconic city of Sydney. And what tour of Sydney would be complete without the Sydney Opera House that has graced many a movie? The Sydney Opera house is quite a sight to behold. An iconic piece of 20th-century architecture, this house is a must-visit when in Sydney. It hosts more than 40 performances a week, and you can go above the typical experience and get a two-hour backstage pass involving a tour and a meal in the green room. However, the trip for this region of Australia doesn't end with just one city. The New South Wales region, where Sydney is located, is no slouch on its own. The heart of Aussie wine country, the well-known Hunter Valley is home to the oldest wine-growing region in Australia. And it's just one of a dozen wine regions around New South Wales waiting to be tasted. NSW also is the proud home of the Southern Hemisphere's first and only Dark Sky Park. Clear, dark skies have gained this park international recognition for an amazing nocturnal ambiance. It is located in the Warrumbungle region in Central New South Wales. Stargazers are encouraged to take a guided tour, peek through Australia's largest optical telescope, or pitch a tent under the starry night.
Don't get too comfortable in New South Wales, though! We are just about ready to head out to the Northern Territory. Tropical and lush in some places and red and rocky in others, the Northern Territory is like nowhere else in Australia. From Uluru to Arnhem Land, the Northern Territory's attractions are as diverse as its landscapes. Here you will find ancient Aboriginal rock art galleries, abundant and unique wildlife, rare South Sea pearls, and world-famous natural attractions. Choosing headliners from this region has got to be the hardest for any area in Australia. Sunset at Uluru is a must-see. Standing 1,150 feet high, ringed by ghost gum trees and waterholes, Uluru is a giant sandstone rock and a spiritual meeting place for the local Aboriginal Anangu people. Uluru is at its most captivating at sunset when the rock's surface shifts through a gamut of colors. Spend an afternoon walking the 6.6-mile base trail before relaxing at one of the two designated sunset viewing areas. About 70 miles from Darwin, Litchfield National Park's Buley Rockhole is also a necessity for anyone in the area. It is a series of descending, connected swimming pools with clear waters. Secure a small site all to yourself and lounge about as the water cascades from one pool to the next. From here, continue to the park's signature swimming hubs, Wangi and Florence Falls.

Next, there's Queensland, a sunkissed coast and lush tropical forest. It is a far cry from the rest of the Australian desert and the perfect way to wrap up a long vacation to Australia. The most iconic setting in Queensland is inarguably the Great Barrier Reef. Often called the living masterpiece, the Great Barrier Reef stretches for more than 1,200 miles along the Queensland coastline. There are hundreds of tours and experiences available along the Great Barrier Reef coastline, most notably from the towns of Cairns, Port Douglas, Townsville, Airlie Beach, Hamilton Island, Seventeen Seventy, Bundaberg, Gladstone and Mackay. But whether you snorkel, scuba dive, fly, motor or sail over it, you simply must experience the colors and textures of this natural wonder.

Another incredible experience is the Daintree Rainforest. The Daintree, a two-hour drive north of Cairns, is truly unique. The world's oldest tropical rainforest might look a little familiar because it was the main inspiration as well as a shooting location for the movie Avatar. Stand in awe under the branches of the 600-million-year-old Zamia Fern, which has an underground trunk system evolved in defense against dinosaurs. Cruise the Daintree River, where you might spot a croc waiting in the mangroves or glimpse a turtle in the clear, sparkling streams below. Stay at one of the luxury eco-lodges nestled in the rainforest such as Silky Oaks Lodge or the lovely beach village of Port Douglas nearby.

The Whitsunday Islands comprise 74 tropical islands just off the Queensland coast next to the Great Barrier Reef. The first-rate and world-class hotels, powder-fine sands and clear aqua water are the allure of these exotic islands.

Hopefully, you've seen how amazing Australia is, from the beautiful and iconic coasts of Sydney to the sacred grounds of the Northern Territory, to the uncharacteristically tropical locations of Queensland. Quite honestly, Australia is such a vast country, and there are many more locations you could visit from Melbourne to South Australia. But that's the beauty of Australia: a little bit of untamed wilderness, a healthy dose of culture and tradition, and a flair for the modern time. Your next vacation spot is waiting for you, so come on Down Under; I'll keep the barbie on for you!