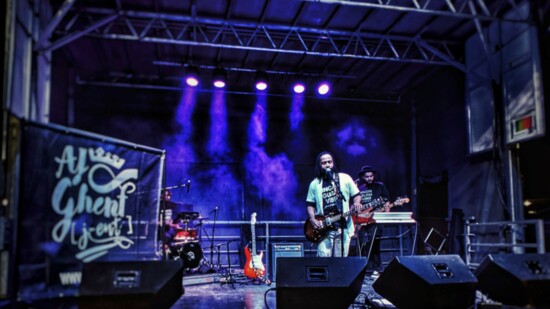 AJ Ghent is breaking down walls and inspiring us all to look at music and life a little differently. AJ’s uniquely inspired singing guitar has its roots in the sacred steel musical style and African-American gospel traditions that developed out of a group of Pentecostal churches across the South. AJ’s great Uncle Willie Easton was the founder of the “Sacred Steel” rhythmic guitar style, his grandfather played the sacred steel guitar and so did his father. Curiously enough, while AJ would not know any of these men in life, he be would inspired to follow in their footsteps and leave a forever mark on the evolution of this new musical style. Uncle Willie brought about the ability to make one string on his lap steel guitar talk and he introduced this to the church in the 1930s. His grandfather, Henry Nelson, and his father Aubrey Ghent learned from him and without them, “my music career would not exist,” says AJ, who lives in Johns Creek.

After hearing an original sacred steel recording featuring all of the generations of his family that played the sacred steel before him, AJ realized that his life would change forever. While they all played while sitting down, it would not be the same for him. AJ wanted to move around, maybe even dance a little, so he performs standing upright like a guitar player, using his overhanded technique to play slide. Out of necessity comes creativity, all so AJ could have little more mobility during his live shows. “When I started playing the lap steel guitar there was only one way to play it,” says AJ. “I took the theory from the lap steel Guitar and applied it to an actual electric guitar.”

“The church has played a big role in keeping my music spiritual,” said AJ. “When my guitar opens up, it sing melodies of peace, love and joy, all while giving hope for the hopeless and a best friend to the lonely.” Ghent believes that his music has a healing energy attached to it and that the vibrations of the music give us some peace of mind, positivity, and hope. "There is a vibration with my left hand," said AJ, “a vibrato that I believe can trigger something that's happening in your spirit, your soul, and your brain. Over the years I’ve heard stories about my father and grandfather’s guitar playing and how it lifted burdens and heartaches,” said AJ. “I aspire to walk in their prophetic shoes.”

For more information about AJ Ghent please go to AJGhent.com 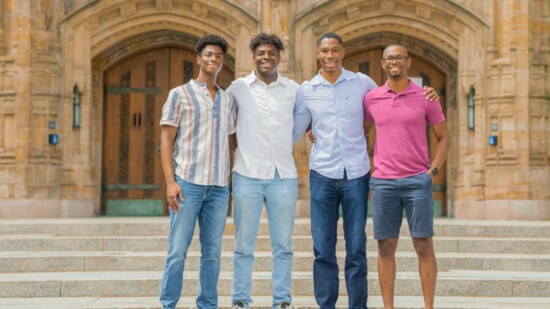