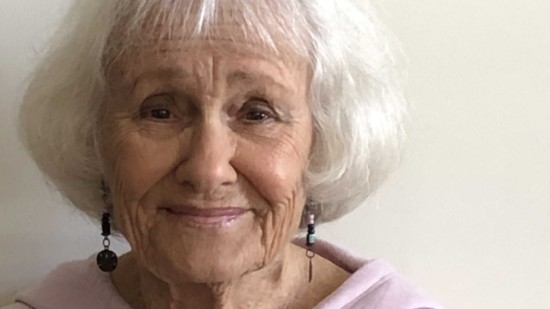 Prose-loving locals have likely crossed paths with Malibu’s second Poet Laureate, Ellen Reich, a longtime area resident and prolific writer who enjoys sharing her love of poetry with the community.

Appointed to the post in March, Ellen teaches writing classes for seniors and hosts poetry readings at her home and throughout the city at various locales.

“I have been active for many years with poetry in Malibu by hosting Vital Poetry at my home,” shares Ellen. “People bring poems they love and poems they have written and we share them.”

Avidly attending and performing at poetry events through the years at Beyond Baroque, where she enjoys meeting and mixing with other poets, Ellen recently read two poems at the Legacy Park dedication of a sculpture created by Emanuel Hatzof and generously donated by Dan Sandel.

Also a member of poetry workshops where members critique each other’s poems, Ellen, along with friends Ann Buxie and Ellen Cohen, officiates quarterly Poetry by the Sea readings. The next Poetry by the Sea event takes place September 22, at 3 p.m. at The Malibu Methodist Church.

“It is our annual big open mic starting off with John Strueloff, who is a professor at Pepperdine, warming up the mic,” says Ellen, who teaches Creative Writing for Santa Monica College’s Emeritus division at the Malibu Senior Center on Tuesdays at 9:30 a.m., as well as Autobiography and Memoir writing courses on Fridays at 12:30 p.m.

“When I was appointed as the second Poet Laureate of Malibu in March, I was extremely honored to have the opportunity to continue the wonderful work of Ricardo Means Ybarra, our first Poet Laureate,” she says. “One of the workshops I began in my new position is ‘Strictly Poetry,’” which meets the third Saturday of every other month from 11 a.m. to 1 p.m. at the Malibu Library. The next one is scheduled this month on September 21.

“I also host Caffeinated Verse, which is a reading by an invited poet after which members of the audience are encouraged to read a poem for our open mic,” says Ellen, noting that information about these events can be found at MalibuCity.org.

While writing serves as a source of joy for Ellen, it did not start out that way.

“I started writing poetry in 1964 when my first husband died an untimely death at the age of 37 from Leukemia,” shares Ellen, who lived in Newark, New Jersey at the time. “I had three young sons and writing poetry was a way to deal with my grief.”

Ellen says it was years later after remarrying and relocating to California that she first shared her poems with anyone.

“I taught in a private school and met a poet named Rachelle Benveniste who encouraged me to join her group where I shared my poems with others. I began taking workshops with local poets Jack Grapes, Peter Levitt, Robin Johnson and Kate Braverman. Also, I studied with Holly Prado and David St. John,” she says.

Today, sharing poetry is a priority for Ellen. With events planned through 2020, Ellen looks forward to exploring poetry with others.

“I like having the opportunity to bring poets to Malibu,” she says. “We will be hosting David St. John, who is the head of the Creative Writing Department at USC for our annual Call to the Wall in March of 2020.”

In addition to her poetic endeavors, Ellen is currently working on a full-length book, The Nature of Women and Men. The author offour other books: The Gynecic Papers, Reverse Kiss, Sacrifices Have to be Human, and Sleeping Guardian, she has published more than 400 poems in various publications, journals and anthologies.

When she’s not writing, Ellen is probably spending time with her family—three sons, a stepson and daughter, nine grandchildren, and six great grandkids with two more on the way!—or eating at Spruzzo’s, her favorite restaurant.

Ellen says she’s thankful for her loving family and their support as she grieves the loss of her husband, Herb Reich, and youngest son, Barry Gaynor, who passed away within three weeks of each other nearly a year and a half ago.

“Herb wrote poems, flew single engine planes, rode motorcycles, enjoyed boating, grew organic vegetables and fruit trees in our yard and was a successful businessman who developed HR Medical Supply,” she shares. “My son left a wife, Tammie, and daughter, Erin. Were he alive, he would be very proud of them both. I am struggling with adjusting to the loss of two special people, but our family is close-knit and caring. I am very blessed in this regard.”

And Malibu is extremely fortunate to call this talented wordsmith one of their own.

Ellen notes that the impetus for her poem, “Interruption of Bird,” published in Emeritus Chronicles, was thinking about how language has changed and continues to change and that most likely, bird songs have stayed the same through the centuries.

floating toward the surface of the earth

the bird unaware of her loss

for without phrasing there is no passion

the bird-song a gentle entry