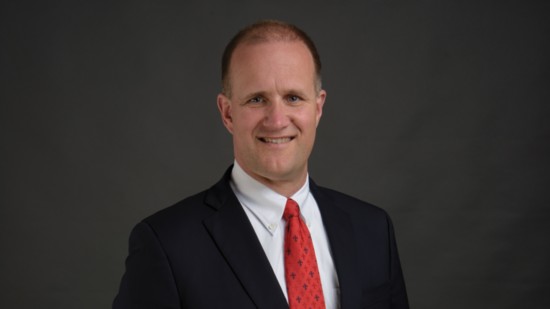 Pepperdine’s new president, James Gash, officially took the baton from former President Andrew K. Benton on August 1, having been named President Elect in mid-February and formally inaugurated on September 25, 2019; but the former Pepperdine Law professor’s connection with the college actually began before he was even born.

“My parents met and fell in love in the early 1960s at Pepperdine, so Pepperdine has been a part of my life for as long as I can remember,” explains Gash, who attended Pepperdine for law school from 1990 to 1993—and whose wife also graduated from Seaver College!

“He gave me three clear steps: excel in law school, do a judicial clerkship with a federal judge, and get several years of law practice experience at one of the top law firms in the country. I carried those steps out and they brought me further than I could have ever imagined,” shares Gash, who moved to Houston in 1994 to work for a federal court of appeals judge and to Washington, DC in 1995 for employment at national law firm Kirkland and Ellis, before returning to Calabasas and Kirkland’s Los Angeles office.

Gash realized his goal in 1999, when he began teaching at Pepperdine’s law school, serving two stints as associate dean (Student Life, 2005-2012; and Strategic Planning and External Relations, 2017-2019), and moving his family to Malibu in 2011.

“Every role has been a dream actualized,” he says. “My love for Pepperdine has grown dramatically over the years as a result of my time as a student, my wife’s time as a student, my time as a professor and administrator, and as a Pepperdine parent,” says Gash, whose oldest daughter, Jessica, graduated from Seaver College in 2018, while his son, Joshua, is currently a senior and daughter, Jennifer, is a sophomore.

The family also attends services at the University Church of Christ and feels privileged to be a part of the local Malibu community.

“I think it’s fair to say that there is nowhere else on Earth like The ‘Bu,” he says.

As the leader of an institution he loves dearly, Gash says he plans to keep up the good work of his predecessors and focus on preparing students to lead lives of purpose.

“My goals are to continue the legacy of those who have come before me and served so ably in our noble mission of strengthening students for leadership,” says Gash. “Our mission is to strengthen students intellectually, spiritually and relationally and then send them into the world to lead with integrity and purpose.”

Expanding Pepperdine’s global reach and influence by providing opportunities for students to spend time in developing countries during their college years is one way Gash hopes to make an impact.

“My 27 visits to Uganda over the past decade and living there with my family for six months greatly impacted me and my children,” he says, noting “our students are eager for opportunities to make a meaningful impact on the lives of those less fortunate.”

Also involved in the launch of the Resilience-Informed Skills Education (RISE) Program on campus aimed to enable students to “thrive in a world where loneliness, anxiety, and depression are on the rise,” Gash notes the importance of resilience. “Our goal is to become a leader among higher education institutions in developing grit in our students,” he says, adding that today’s students face unique challenges.

“Higher education, like the rest of society, is facing a mental health crisis,” says Gash. “Students entering college are doing so at a time that is very different than when I was doing so. Factors such as social media, political divisiveness and general angst are contributing to record levels of loneliness and depression. Pepperdine needs to lead in preparing students to be resilient.”

Gash credits his parents and many mentors for helping shape his character and resolve to achieve his goals.

“I have been blessed throughout my life to have numerous men and women serve as mentors and guides. My parents are excellent role models of what it looks like to lead a family and to love God and love people,” he says, also naming Judge Edith Jones, United States Circuit Judge and the former Chief Judge of the United States Court of Appeals for the Fifth Circuit; Gerry DeSimone, Rick Richmond and former law school Dean Ron Phillips; and former President Emeritus Andrew K. Benton.

Equipped with a bachelor’s degree in Finance from Abilene Christian University (1989), and a JD from Pepperdine law school, along with years of experience as a lawyer and associate dean, Gash has truly embraced his new role.

“Over the course of my first 100 days, I am making a push to connect with as many people as possible, and I am being energized by the level of affection and support for Pepperdine that I am encountering,” says Gash, noting his hectic traveling schedule and gratitude for his “fantastic team that keeps me on track.”

Gash invites prospective students to “Come and visit our community. Spend some time with us. You won’t want to leave,” and wants people to know that Pepperdine is student-focused.

“We are a place that combines academic excellence, spiritual formation and a global vision where students are equipped to lead. We are dedicated to our students, and we have been intentional to foster a diverse learning environment that is both challenging and encouraging for them,” he says.

Quoting James Monroe: “The question to be asked at the end of the educational enterprise is not ‘What has the student learned?’ but instead ‘Who has the student become?’” Gash emphasizes the university’s mission to assist students realize their potential.

“We are seeking not only to pass along information to our students, but to help them become the men and women there were created to be,” he notes.

Outside of school, Gash enjoys jogging at Zuma Beach, shopping at the new Whole Foods and eating at Chipotle and Ollo. Also a huge college sports fan, he touts Pepperdine’s success in the field.

“We have an outstanding sports program with no less than five of our teams seriously competing for national championships in Division 1 this year!” he says.

As much as he loves his career, vacationing in favorite locales like St. Martin in the Caribbean and Molokai, Hawaii, top Gash’s list of ways to spend his downtime. While his leisure time is limited, Gash counts his blessings.

“Each opportunity to connect with Pepperdine has drawn me into a deeper relationship with the school and its mission,” he says. “When this opportunity to serve the institution in a much deeper way arose, I couldn’t think of anything more meaningful for me to dedicate my professional life to.”