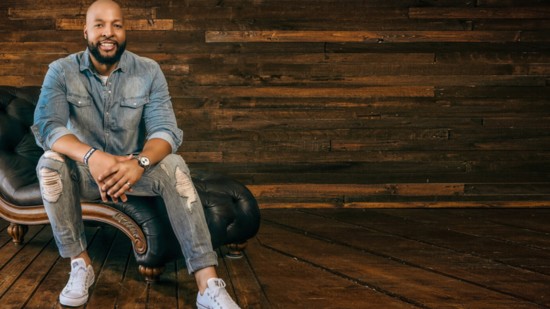 Up Close with Powerhouse Sanyika “The Firestarter”

“We live in a world where the narrative drives the action and the attention—nowadays the story we tell ourselves and the stories we tell the world are the most valuable forms of currency,” says Sanyika, a resident of Westlake Village and founder of The Firestarter Nation.

“My goal through coaching executives, in my talks and as an artist and innovative storyteller is to change the narrative, so that it drives people to take powerful actions in support of causes that change the world.”

In previous campaigns they’ve taken on world poverty (World Be Free Campaign) and veterans’ causes (Thank You for Your Service), and now they’re taking on gun violence and protecting kids in school through the Teddy Bear Campaign (TeddyBearCampaign.org).

“We’re taking on the cause of the school shootings and gun violence in our country because we’re tired of thoughts and prayers,” Sanyika says. “We watch the news, we see the devastation but how can we make it resonate on a deeper level to create change? By driving home the real world impact we don’t see—that for every kid lost in a school shooting there’s a lonely teddy bear.”

The Jesse Lewis Choose Love Movement was founded by Scarlett Lewis after her 6-year-old son, Jesse Lewis, was murdered at Sandy Hook Elementary School in Newtown, Connecticut, in December 2012, alongside 19 of his first-grade classmates and six educators in one of the worst mass shootings in U.S. history. Scarlett found out after the tragedy that Jesse had used his final moments to heroically save nine of his friends.

The Teddy Bear Campaign is selling teddy bears to stop school shootings, with proceeds going to the Jesse Lewis Choose Love Movement. This is the impact The Firestarter Nation wishes to make in the world.

Through The Firestarter Nation, “we get an opportunity to tell the narrative to create real-world change,” Sanyika emphasizes. “We were led by the intention to tell a story, create awareness and produce a real-world solution. As a result of our collective efforts with Donor Three Sixty and Bears for Humanity, we’ve developed more than awareness or a one-time fundraiser; we’ve created a sustainable fundraising mechanism for the Jesse Lewis Choose Love Movement with the capacity to generate over half a million dollars or more.”

This courage led him to move from Los Angeles to Washington, D.C., where he pursued a career in entertainment. He later booked five nationally televised acting jobs, which led him to pursue his talent of writing and performing. He then got signed to a label on Universal Music Group and wrote chart-topping songs for artists, including Nick Lachey/98 Degrees and Too Short. But no life is full unless it also includes challenges.

Sanyika hit his lowest point at age 33, when he was in what he calls a “rock bottom sandwich.” Rock bottom on top of rock bottom, he was in the middle. He had a drinking problem that resulted in two DUIs and he couldn’t admit to himself or anyone else that he was broke financially and broken spiritually. All this occurred while working a low-level job in Los Angeles making next to nothing.

“One day, the owner of the company approached me and made a request. ‘Sanyika, I want you to stop using your first name because it confuses clients,’” he remembers. “My response was ‘What the bleep!’ That day the owner and I argued, but that night I was in tears.”

At that point, Sanyika decided to change his own story and step into his power. He watched motivational videos, read books and consumed content every day about people who made it to the top from a personal rock bottom.

“The thing that transformed me the most during this period of time were powerful stories of triumph. Those stories gave me the perfect amount of entertainment, information and inspiration to feel like if they can find a way up, I can too. Then it hit me. Maybe the starting point in my journey—and any journey—is finding the courage to tell your story and change your story.”

With that, he was inspired to do three things:

2.      Embrace his failures and the lessons he learned from them;

3.      Take pride in his accomplishments and validate the dreams from his story to find his fire.

This was the birth of The Firestarter.

“One of the first human innovations was the discovery of controlled fire. So the very first leaders of our time were the people that started the fire. The shamans, the healers, the elders... they were the firestarters,” he explains.

After realizing his own fire, “I remembered to not see my life through the story of my failures. Most importantly, I realized my life’s purpose: lighting the fire within myself to ultimately light the fire in others.”

Today, “through my work with individuals as an executive coach, my work with organizations as an innovative storyteller and speaker, my entire life is dedicated to teaching people how to transform their stories so they can live a powerful life. When you can transform the narrative for yourself, you can achieve your wildest dreams; when your organization transforms its story you can literally change the world. As a leader and Firestarter, my job is to light the fire within, help reshape these narratives so people and organizations can light up the world.”