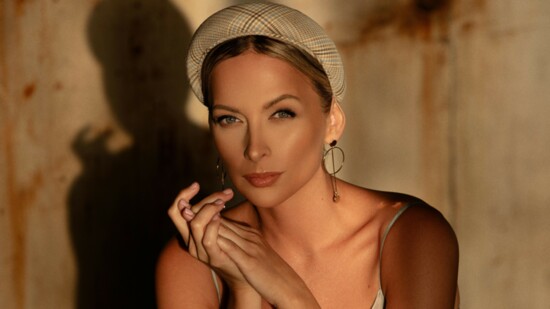 Eleven years ago, Milda Aleknaite was participating in a South Beach exhibition with several other artists, showing six of her paintings. Upon returning after a short time away, she discovered that her paintings were gone – stolen by one of the artists, someone she trusted.

On that day, Milda almost stopped being an artist. In fact, she did stop painting for four years.

“It was absolutely devastating,” she said. “I questioned my own judgment. My judgment with people, my judgment about my creativity. I just didn’t want to paint anymore.”

Milda never recovered the paintings. After four years, however, she did rediscover her passion and creativity for her art. As it turns out, it was a rebirth. When she started painting again, she noticed subtle changes in her work.

“When I came back to it, I started with abstract figuratives and felt like the paintings were much better,” she said. “I think I had matured as an artist through this devastating experience. I could see that, even as abstracts, the paintings expressed so much more emotion than before.”

Milda, who is originally from Lithuania, describes her painting style as very physical, almost sculptural, strongly influenced by her father, who enjoyed creating carvings from wood.

“I was introduced to woodworking at an early age, which is part of the reason my art is very textural.” she said. “And my father had these amazing carving knives that I was really enamored by. He actually taught me how to do carvings from wood, and I've even started adding some woodwork, along with other natural elements in paintings I’m working on right now. I would actually love to explore doing more woodworking in the future.”

Because her style is so textural, her paintings convey a striking depth and physicality that practically begs to be experienced by touch. Hers is a painterly style that forms the paints and other materials into ridges coming off the canvas.

Milda’s work will be on display December 1-5 at Red Dot Miami as part of Art Basel week. Her studio space, Art by Milda, has locations in Hallandale and Ft. Lauderdale As part of her work as an artist, she also collaborates with interior designers and accepts commissions. For more information, visit artmilda.com or @art_by_milda on Instagram.