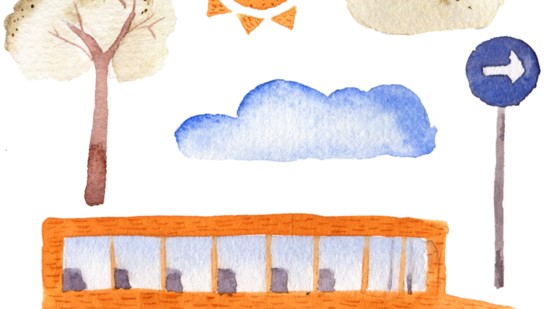 Meanings behind the names

Ever wonder how Missoula's streets were named?

Let's take a stroll through some of our local streets.

“Higgins Avenue bears the name of a Missoula founder, Christopher Powers Higgins,” Philip said. Higgins was an Irish immigrant, Army captain, and businessman who helped to found the Hellgate Trading Post and later Missoula. According to a Fort Missoula early history account, Higgins and others arrived here in August 1860 with a pack train of 76 animals loaded with merchandise and a safe. Higgins married Juliet P. Grant three years later. Juliet was the daughter of Missoula pioneer Richard Grant, for which Grant Creek was named, according to the City of Missoula.

Anthony Benoni Hammond was one of Missoula’s most important historical financial figures, Philip said. “He was the brains behind the Missoula Mercantile and Montana Improvement company. He built the Bonner Mill and stole millions of dollars of timber from public land up the Blackfoot.” Hammond eventually left Missoula for the west coast. According to a 2012 Big Sky Journal article: “Shortly after his departure from Missoula, the town he largely built, the town council voted to rename Hammond Street.” Hammond Street was changed to Gerald Avenue. Gerald and avenues nearby—Ronald, Hilda, Helen, Francis, Maurice, Arthur—are named after Higgins’ children. Hammond’s name, though, is still visible, stamped into the sidewalk at the intersection of Gerald Street and University Avenue.

If you’ve ever driven Missoula’s Slant Streets neighborhood, you’ve probably wondered if its developer had a drinking problem. Philip said you can thank George F. Brooks. Brooks, for which Brooks Street was named, was a businessman who is thought to be the engineer of the Slant Street neighborhood, an early effort to develop a town just south of downtown Missoula. The way in which the development’s diagonal streets tie into the north-south grid is so wonky an overhead image of the neighborhood went viral on social media a few years ago.

Like many local streets, Russell Street originally had a different name. When the Russell Street bridge was completed in the 1950s, the street took on the name it maintains today. Philip said the street is named after CM Russell, the Old American West artist known for painting major historical events, such as a mural titled Lewis and Clark Meeting the Flathead Indians.

As a city grows, planners run out of names with local ties. So, they turn to the outside for ideas, and often times to politicians. Van Buren Street is named after Martin Van Buren, the country’s eighth president. The presidential trend continues as you head west from there: Jackson, Monroe, Madison, Jefferson, Adams, and Washington streets—nods to our country’s line of presidents. Stephens Avenue is named after frontier lawyer, judge, and legislator William J. Stephens, who moved to Missoula in 1870, according to the book, “Progressive Men of Montana.”

On Missoula’s west side, you’ll find nods to literary authors and poets. Cooper Street was named after James Fenimore Cooper, an author of historical romances set in the American frontier. Nearby, there’s Hawthorne, Shakespeare, Cowper, Defoe, and Burns. Near the airport, there’s Potter Park Loop, a development named after the Harry Potter books. You can travel down lanes named Muggle, Hermione, and Diagon, all references to the fantasy series.

You’ll often notice themes in groups of streets. If you follow Stephens Avenue northwest until you pass Sacajawea Park, the roadway turns into Orange Street. That street, like many, is named after a tree.

“What else are you going to do when you run out of local names?” said Jim McDonald, a preservation architect with the firm A&E Architects, chuckling from his North Higgins Avenue office. West of Orange Street, you’ll notice Cottonwood, Hickory, Walnut, Ash, and Oak streets. In the Lower Rattlesnake, there’s Poplar, Cherry, Willow, Lilac, and Elm streets. “East Pine Street was once home to many of the city’s wealthy,” Philip said.