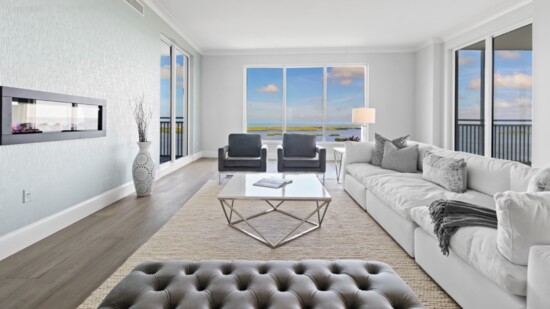 From play to Stay

Real estate guru, Ryan Chiodo is in the game. To stay.

Selling real estate, in a way, is like a jigsaw puzzle. Through conversation and diligent research, the agent collects the pieces needed to complete the puzzle, leading them to their client’s bigger picture and ultimately revealing their goals. It then becomes a game of Connect the Dots, strategically walking the client from where they are to where they want to be. The thrill of the game took hold of Ryan Chiodo when he entered the industry 19 years ago. Since then, he’s been focused on guiding his clients towards achieving their real estate goals.

Ryan grew up in Syracuse, New York, and graduated from the University of Buffalo with a Bachelor of Arts and minor in Finance. Although he was offered a job at a Buffalo-based tech company straight out of college, Ryan opted to return to Syracuse and started working in his family’s Italian restaurant. “I knew I wanted to do something in sales, but I knew it wasn’t going to be in New York, for some reason,” he said. Not long after that, Ryan took a trip to Naples to play golf, a getaway that would change the course of his entire life.

While in Naples, Ryan visited the bar at the Ritz-Carlton and started talking to the bartender. “I loved it down here,” Ryan says. “I said to the bartender, ‘Man, I’d move down here in a second,’ and he said, ‘Do you want a job?’” Ryan filled out an application to work at the bar and moved to Florida from New York a week later.

Once he settled in Naples and got into the swing of things as a Ritz-Carlton bartender, Ryan began meeting and talking to people in the real estate industry. “There were real estate agents and people coming down here to buy real estate, and I thought it looked like a fun job,” he says. Ryan earned his license to sell real estate in 2002. By 2006, he had obtained his broker’s license, then opened up his own firm, Chiodo Properties. He eventually sold his firm to Engel & Völkers and now co-owns two Engel & Völkers offices in Naples and Bonita Springs.

Ryan has earned countless awards and accolades over the course of 19 years in the industry. One such distinction was being inducted into Engel & Völkers’ coveted Private Office, the brand’s highest honorable award, with only 69 advisors out of the 9,000 advisors worldwide. Private Office is an ultra-affluent network representing high net worth clientele and the utmost discretion in real estate transactions.

For Ryan, it’s all about the adrenaline rush. “The harder you work, the more rewards you see. That doesn’t apply to all industries,” he said. “I focus really on just helping people make a good decision, whether it be on the listing side or the sales side, acting as an advisor or a consultant. Anybody can go out and unlock a door, right? It’s about asking the right questions and putting the customer in the right atmosphere.”

Ryan’s wife, Lina, works alongside him in the real estate business and takes care of its marketing. Ryan also has an operations manager and a couple of buyer’s agents, as he is primarily focused on listings.