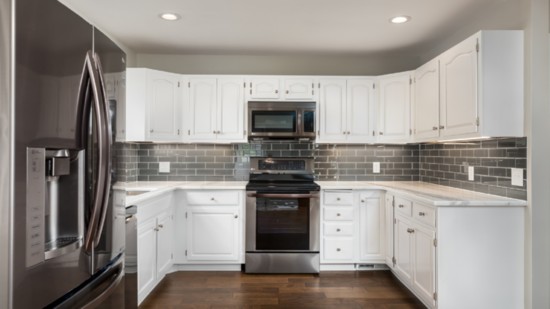 Because George Husk, owner of Nashville Pro Handyman & Remodeling, understands everyone’s home is their castle and that they want improvements done right, he lives by his father’s creed: “An honest man can work for his neighbors.”

“It’s important to truly listen to customers’ ideas and needs and to communicate throughout a remodeling project,” says George, who strives to provide personal attention from beginning to end so projects actually happen as customers envision them.

His thinking is that he is not in the construction business; he’s in the customer service business.

George says his goal is to help customers focus on interior renovations that will yield the best return on their investments, especially if the remodeling is to being done prior to selling a residence. Maybe that approach is part of the reason George has received a local “best handyman” award two years in a row.

When it comes to kitchen, bathroom or deck remodeling or additions, George’s crew handles the full range of services, including carpentry, plumbing, electrical elements, framing, painting and flooring.

In 2018, the Pro Handyman crew completed 17 bathrooms. He says many people want to “do something” when they decide to remodel but don’t really know exactly what they want. Because George has a doctorate’s degree in linguistics and was involved in teaching ancient Greek and lived overseas for 11 years, he believes he can bring tidbits of many different decorating styles to bear. It’s also beneficial that he speaks multiple languages.

“I can address projects from more of a world view, if that helps,” he says.

Additionally, George says he sometimes pulls in interior design assistance from Candi Grandchamp, a Nashville realtor who believes changing a home can be a life-changing experience. George says Candi is wonderful about providing exceptional, personalized service and that they work well together in reaching clients’ real estate goals.

Don’t know how to budget for remodeling? George says he can ballpark projects and help with creating cost estimates for structures and required products.

“But it makes a big difference obviously if someone wants a $300 vanity versus a $3,000 vanity. I can help find or locate things and pass on discounts with some vendors.”

Acting as a one-stop remodeling shop, George says the goal is to avoid customers having to make any more calls to vendors than what’s necessary. After working in the Nashville region for the past seven years, George assures they deliver on their promises, with typical projects often done within three weeks.