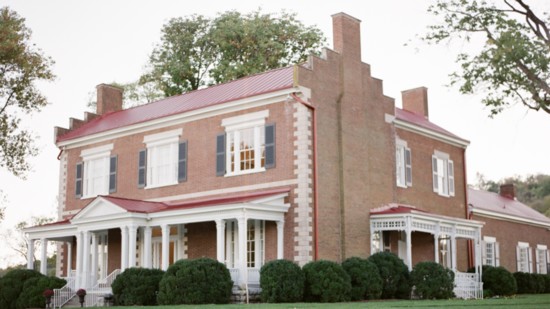 An Homage to Three Local Landmarks

Does this sound familiar? You drive past the same patch of place year after year after year. The spot never seems to alter. You can even close your eyes and picture it all perfectly. But then change happens. New buildings pop up. Perhaps old ones come down. Streets are widened. New stoplights appear. You drive by the same patch of place now, and its new look imprints itself upon your consciousness like some kind of instant mental tattoo. And, for the life of you, you just can’t remember how the old place used to look. All you can see is what appears in the present.

Nashville is currently undergoing an epic of such reimaginings. But even we here in more development-controlled Brentwood are not immune to the challenges that change poses to our memories. Can you drive past the Walgreens at Old Hickory Boulevard and Franklin Road and still picture Noble’s Restaurant and the Travelers’ Rest Motel? Can you roll past Brentwood Middle School and conjure up the former scene of surrounding farms and fields before the construction of the park and the houses and Brentwood High? I can’t.  And I went to “Northside." I went to BHS in year one.

Therefore, a few words of appreciation for three local landmarks, three constructed constants that have withstood the test of time. Two have been repurposed, but, in each case, that has only made them better.

One Brentwood landmark clearly towers above all the rest. Erected in 1932, the WSM Tower, once the tallest radio tower in the United States, began broadcasting the Grand Ole Opry from the get-go. With its 50,000-watt, transmitter the tower could—and still does—send its signal across almost all of North America. Plus, with its distinctive diamond shape and its proximity to Interstate 65, the WSM Tower still stands out among all the other towers around as the beacon of Brentwood.

In just six years, Ravenswood Mansion will turn 200 years old, yet the house itself appears nearly the same since the days Sam Houston hung out there as best man for a wedding. But what makes Ravenswood truly a landmark is that it serves as the focal point for Smith Park, our 400-plus-acre oasis of nature and community.

Few places in town have changed as much as Maryland Farms, its former forests, farms and fields now deeply submerged beneath an ocean of office buildings and parking lots. But one building from formerly bucolic Brentwood remains truly "stable:" the Horse Barn Office Building at 219 Ward Circle, expertly converted to fuse our past with our present. For that's what landmarks do.

Fork of the South General Store