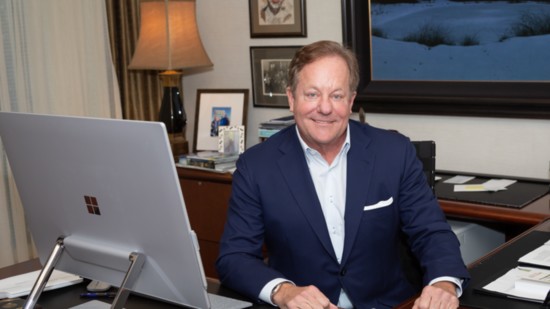 "The best way we can protect our clients from risk is to think."

Tim brings the same passion to CapWealth, his financial-advising business located in Franklin, Tennessee. Since its founding in 1999, CapWealth has become a regional investment power with more than $1.2 billion in managed assets.

Along with his firm, Tim has received significant recognition. Today, he is one of the most acclaimed investment professionals in the United States, having been named the No. 1 financial adviser in Tennessee by Barron’s magazine and the No. 1 best-in-state wealth adviser by Forbes early in 2018.

Despite his accomplishments, Tim’s road to success was paved by hard work. As the oldest of seven children, Tim had to work his way through college and then law school. While still studying law in St. Louis, Tim began working for the local office of Edward Jones, a prominent national investment firm.

Initially, he intended to finish his degree and pursue the practice of law. However, after helping resolve a difficult financial situation for a client, Tim realized he wanted to help others through financial planning.

“I realized that I have a strong interest in wealth management and how the business should operate,” Tim says. “Managing assets and advising clients are my passions.”

Although Tim was successful, it didn’t take too long before he became disenchanted with the approaches and practices of traditional financial management firms.

“Wall Street makes the investment process seem mysterious, like the curtain in The Wizard of Oz. The more complex it appears, the more they can charge,” Tim says. “In reality, it’s not that complicated.”

Along the way, Tim has also become a champion for transparency and client disclosure in financial advising.

“We designed a reporting system that fully discloses our fees, line item by line item,” he says. “We brought institutional sophistication to individual investors.”

Tim also has become an outspoken advocate for truth and fairness in the investment industry.

“At times, there has been an absence of ethical focus in the industry,” he says. “At CapWealth, we’ve unmasked that. We developed two philosophies—provable integrity and sophisticated simplicity—that undergird all of our investment practices.”

In a career filled with achievements, Tim is most proud of his firm’s ability to defy conventional wisdom. His “think outside the box” approach was most evident during the tech bubble of 1999 and the financial crisis of 2008. During both events, Tim advised clients to pursue strategies that were at odds with many other investment advisers. The results? CapWealth clients endured the crises well, with their portfolios well-positioned to take advantage of today’s market environment.

“You have to have a strategy that you believe in," Tim says. "You will live or die by it.”

As we approach the end of 2018, Tim has one bit of advice for investors.

“Don’t procrastinate. It's nearly impossible to meet with your accountant, attorney or financial adviser at year-end. The best time to contact them is between Thanksgiving and the 20th of December,” Tim says. “You need to have your financial house in order before making your final tax payment in January.”