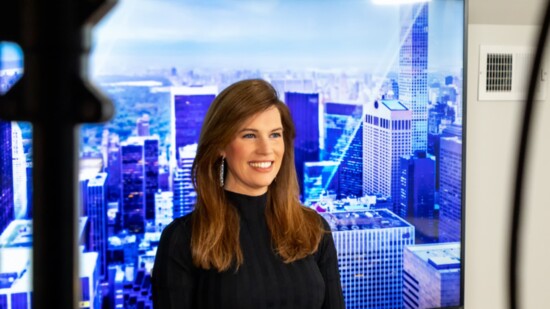 Having three young children at home, Ridgewood resident Kelly Evans knows how to manage day-to-day, typical mom duties. What’s not typical is that she also hosts CNBC's finance and economic shows, "The Exchange" and “Power Lunch.”

Along with her colleagues on "Power Lunch," Tyler Mathisen and Melissa Lee, Kelly advises viewers with information and insights on the latest stock market and real estate trends, the economy, and political news. As of this writing, Kelly is on maternity leave, broadcasting from her home in Ridgewood while caring for her three children, Paul (aged two-and-a-half), Greg (17 months), and baby Annie (3 months).

Kelly was born in Syracuse and moved to Virginia at the age of 12. She stayed close to home for college and attended Washington and Lee University, located in her hometown of Lexington. The school’s reputed business journalism program and a scholarship sealed the deal for Kelly. As a sophomore, Kelly was awarded an internship with Bank of America and worked on the trading floor. She absorbed knowledge on news outlets like Bloomberg, Reuters, and The Wall Street Journal while completing her business journalism degree.

“I received a post-grad internship with The Wall Street Journal because they ‘wanted to put a girl on the team,’” notes Kelly. “I began reporting on economics and real estate at the very beginning of the credit crunch in 2007.” The recession events caused chaos in the newsroom as reporters were assigned and reassigned to cover various aspects of the economic meltdown. “Because of that, at times as an intern, my daily reporting became the story of the day. As a result, I was hired as a full-time member of the team and became a columnist. It was a challenging role because I had to take an opinionated stance on economic indicators, stock picks, and so on.”

In 2009, the Wall Street Journal decided to move toward more of a video model. “They asked me if I was familiar with video reporting. The Journal launched an online television show in 2009, and I was to fill in as a host until they found someone permanent. However, they decided to keep me, so I recorded the show and wrote my columns simultaneously,” says Kelly.

One of her memorable accomplishments was co-hosting the 2012 presidential debate at the young age of 24 for the Wall Street Journal. “They wanted a female co-host and felt I could handle myself in the situation,” says Kelly.

Kelly’s manager invited her to join him when he moved to CNBC in 2012, and she’s been there ever since. She spent a year in London hosting “Worldwide Exchange.” “It was a great learning experience,” says Kelly, “but I was ready to come back to New York.”

Her CNBC career led her to host "Closing Bell" for four years with Bill Griffith. “The end of that run coincided with having my first son,” says Kelly. “I was then able to launch "The Exchange" from 1-2 pm and co-host "Power Lunch" from 2-3 pm. It’s wonderful. I work in Englewood Cliffs at CNBC Studios. I also launched a newsletter in 2019,” she says.

Kelly met her husband, Eric Chemi, six years ago, when she was an anchor, and he was a reporter with CNBC. They have been married for four years and have three children together. Eric recently transitioned from the news business to launch an insurance agency with Kelly’s dad in Ridgewood called Team and Total.

Since September, Kelly has been working remotely from a studio in her attic. When Eric was reporting remotely for CNBC, they would toss the story back and forth to each other—she from the attic and he from the main floor.

“It was great being home on maternity leave after the birth of my third child, but I miss the environment in the studio,” says Kelly.

Kelly loves studying macro-economics and understanding the big picture of the economic environment and how it affects the federal government and the economy in general. “It’s compelling to understand how it all connects to a larger development or trend in society,” says Kelly. “The pieces that connect what’s going on in our lives as far as world events are fascinating.” 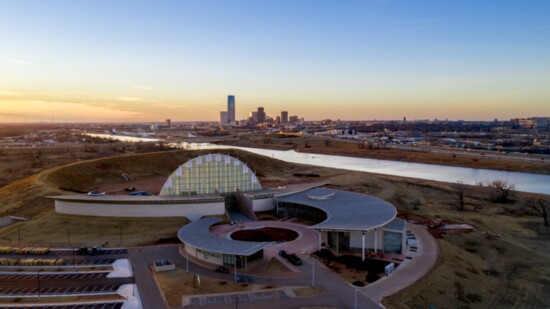