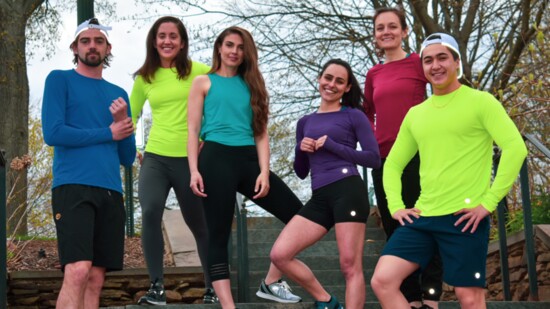 Ahead of the Curve

Photography by Courtesy of Racefaster

Growing up in Dublin, Ireland, Aidan Walsh began running when he was 8. He began with a local running club and proceeded to compete throughout his high school career as a national champion. When considering where to go to college, the appeal of running at an American school with world-class competition was strong, so he selected Fairleigh Dickenson’s Teaneck campus.

After receiving a degree in Finance, Aidan got a job immediately, but soon realized he was not meant to suit up and sit at a desk all day.

He went back to what he loved and began working for the Ridgewood Running Company. He also began coaching running part-time at FDU, and later, at Seton Hall. He then founded his private coaching business, Racefaster.

“I used the same principles that would apply to a professional athlete and began adapting them for the average runner,” says Aidan. “People began seeing improvements in their running and I was inundated with coaching requests. There weren’t enough hours in the day!”

One particular student named Lindsay signed on with Aidan in order to train for the Brooklyn Half Marathon. She liked his program and coaching style and asked him if he ever considered selling apparel. Lindsay mentioned that she had grown up in the import and manufacturing business and that her family had business relationships with Chinese manufacturers, which she could help facilitate for a new Racefaster brand of running wear. She suggested Aidan give it a try, and in 2015, Racefaster retail was born.

Moving ahead with Lindsay’s idea, they manufactured a line of apparel and tried to get local running stores to carry their brand. They were declined each time. They concluded that they needed to open a Racefaster store to carry their brand, and opened up a small pop-up store in the basement of Bookends bookstore in Ridgewood. “We had to take everything down and put it away when they had a book signing,” says Aidan. Over the next several years, they moved to a new store in Ridgewood and opened locations in Garden State Plaza and Short Hills Mall. In 2019, Aidan and Lindsay were married, and several weeks later, opened their fourth store in The SoNo Collection in Norwalk, Connecticut.

Now Racefaster apparel is available online and in their retail locations. Aidan offers kids training programs and sponsors a variety of running events as well, including an upcoming half marathon on September 12. Being able to personally select the raw materials and make decisions on things like pocket and zipper placement makes a world of difference in running apparel. “We never cut corners,” says Aidan. “We always pick the highest quality raw material. We’re all runners, so we know where pockets should go in a garment, and where they shouldn't--because we know the sport. This makes us different from other lines of athletic apparel. The more we focus on running, the more people appreciate our brand."

Racefaster has also developed its own line of sneakers, powered by Newton technology. The boutique running store caters to runners who are selective about their running shoes and apparel and who are interested in finding a mix of the newest tech fabrics, innovations, and styles. Aidan and his team tip their hats to the birthplace of Racefaster by naming the entire line of sneakers and clothing after streets in Ridgewood. The stores always have summer gear in stock knowing that, as the weather gets colder, many people move inside to the gym.

“We’re runners, and we are physically in the stores," says Aidan. "We get feedback directly from customers, and we are dialed into what’s working, what’s not, what people like, and what they don’t, what’s trending and what’s not."

The Racefaster team makes a priority of giving back to non-profit organizations and making its own impact on the local community. "Giving back to the community is very important to us as a company," says Aidan. Although we donate product and money to fundraisers and charities, we feel that our biggest impact is through our youth coaching and events. On an annual basis, we coach hundreds of kids and host thousands of people at our races. I strongly believe that introducing kids to the sport of running is the greatest investment in our community and the sport of running in general. Think about it, when is the last time you bought a pair of sneakers that were designed in your town by the people who coach your kids? It doesn't get more community-focused than that!" 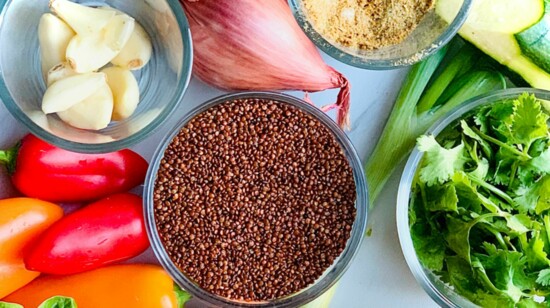