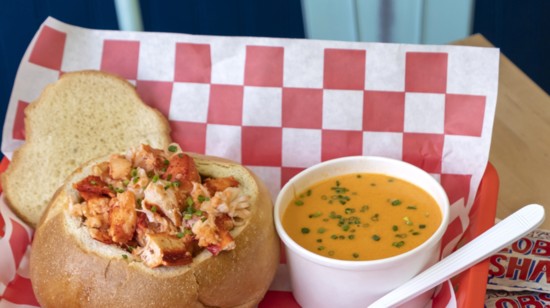 Jack's Rolls are the 'Maine' Event

Summer vacations on Long Island planted the seed for a fresh idea in restaurant cuisine for Jack Tabibian. Growing up catching lobsters from the Long Island Sound with five traps (called pots), Jack and his friends and family enjoyed lobsters all weekend and would then throw the pots back in on Sunday night for the following week. Jack moved on to work within the food industry throughout his career in a variety of venues from snack stores to catering halls and bagel shops.

Those summer memories stuck with Jack as he vacationed in Maine six years ago and once again enjoyed fresh lobsters. He and his wife, Aline, were visiting a lobster shack in Kennebunkport, Maine, and Jack realized there was nothing like this in New Jersey apart from the coastal areas. Why not open a lobster shack a little farther inland?

“The key was to open away from the coastal area so that it could be a year-round business as opposed to a seasonal one," Jack says. "Many people think of lobster in the summer. I wanted to feature it 12 months a year.”

The popularity of the lobster roll continues to grow. Jack finds that many of his customers reminisce about growing up or going to school in New England.

“I enjoy the experienced customer who knows lobster. If they are coming to my restaurant after enjoying lobster in New England, that tells me we are doing something right!”

Jack explains that lobster rolls can hit one’s wallet with a bit of sticker shock, partly because a 1 1/2-pounder only yields a quarter pound of meat from the tail and claws. Yet, it’s well worth the splurge, and Jack features several different types of lobster rolls including a Maine Lobster Roll, which is served cold with a touch of mayonnaise on a New England bun; and a Connecticut Lobster Roll, which is served with warm butter on top.

Jack's larger restaurants in Edgewater, Montclair and Cresskill have seen great success. Ridgewood is a smaller concept venue serving lobster rolls, homemade soup, lobster and shrimp tacos, salads and crabcakes, which have been praised by The New York Times as being as good as what’s to be found in Manhattan. Generously sized crabcakes are another big seller at Jack's, featuring all lump crabmeat with no fillers.

The restaurant offers indoor and seasonal outdoor dining and has an expansive catering menu offering unique options for holiday entertaining. Make lobster one of your “seven fishes” this Christmas!