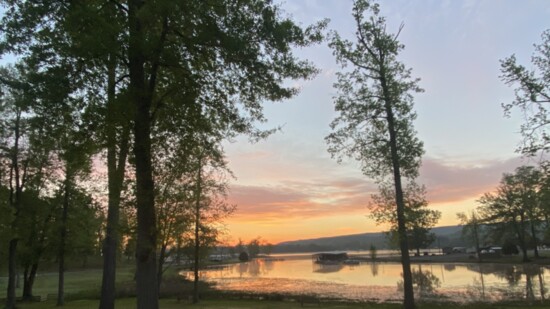 In Norhtern, Alabama, history seeps into the grounds in ways that leave a lasting impression.

Located in the southeastern portion of Lawrence County, Oakville Indian Mounds Park and Museum is shaded by the 180,000 acre William B. Bankhead National Forest and shares the treasures and remaining vestiges of the great Indian hunting grounds.

Just up the road a spell, a small, intensely curated museum pays homage to Jesse Owens, one of the greatest athletes in U.S history.

In Northwest Alabama, the magical and somewhat fantasy-like landscape of Dismals Canyon is an 85 acre Nature Conservatory privately owned and operated and is home to the greatest concentration of little Dismalite glowworms.

Between all those attractions are lakes that glow in fire when the sun sets, charming little communities with delicious personalities and more history than you could ever imagine.

Yet, somehow, despite the gorgeous landscapes and fascinating attractions, Northern Alabama flies under most travelers’ radars.

This is why that should change!

Heading east from Oklahoma City, your first stop should be at Bear Creek Lakes in Hodges, Alabama. With its fiery sunsets and soothing flat surface, The Bear Creek Lakes are known as the “Cleanest Recreational Waters in Alabama.” The BCDA has a system of four lakes and the surrounding woodlands offer trophy fishing, boating, sand beaches, group pavilions, a 30-mile canoe float stream, five campgrounds, and rental cabins.

Whether you are boating, fishing, kayaking or just swimming along the shores, Bear Creek Lakes is your first glimpse into the beauty of Northern Alabama.

But that’s not all. Within easy driving distance is the touching Coon Dog Cemetery, the only cemetery in the nation dedicated only to coon dogs; the fairy landscape of Dismals Canyon and the Muscle Shoals area, famous for its historic recording studios and the birthplace of Helen Keller.

CAVES AND CAVES
Get your thrills underground in Northern Alabama with Cathedral Caverns. This deep cave features a large stalagmite forest and a frozen waterfall, and human habitation can be traced back 8,000 years in the cave. Guided tours are available, and the walk is suitable for all levels.

Purchased by the state in 1987, it was opened as a State Park in the summer of 2000.  The first feature most people notice about Cathedral Caverns is its massive entrance. The huge opening measures 126 feet wide and 25 feet high, a possible world record for commercial caves. The grand entrance is only the beginning. Inside the cavern are some of the most beautiful formations Mother Nature has ever created including “Goliath”- one of the largest stalagmites in the world measuring 45 feet tall and 243 feet in circumference.

Ever wonder what happens to lost luggage from the airport or train? Although only less than 1 percent of luggage is unable to be reunited with owners, plenty of luggage makes its way to The Unclaimed Baggage Center in Scottsboro, Ala.

As seen on Oprah, the Today Show, and The Late Show with David Letterman, The Unclaimed Baggage Center allows visitors to shop its store that collects items lost during travel - everything from iPads, designer clothing, earbuds, sports equipment and even $65,000 rings!

If you're lucky, you can even open one of the lost luggage bags yourself to discover the items (and sometimes money!) that can be found. Even better, you get to keep the money! 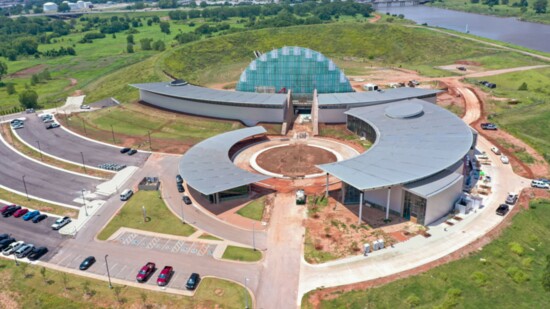