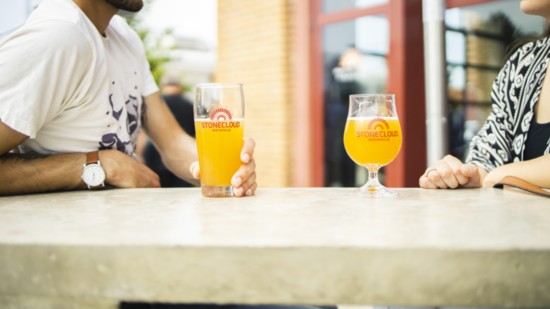 The Best Lil' Breweries in Oklahoma

Not that long ago, the Oklahoma craft beer scene was small and almost nonexistent. Revered pioneers such as Choc Beer Company, Marshall Brewing and COOP helped to pave the way for the explosion of craft breweries we see in Oklahoma today.

The beers listed below can be found at independent liquor stores and restaurants across Oklahoma. Taprooms are also popping up all over. This form of malted tourism embodies the local craft beer movement: a place to go, bring your dog, chill out and enjoy a cold brew with friends.

Founder and brewmaster Tony Peck launched his brewery with amber and still best-known ale with hints of toasted malt and a smooth finish.

Stilly Wheat is their most well-known beer, a crushable Belgian wheat brewed with Gallagher Wheat developed at Oklahoma State. The Nine IPA is the most recent addition. The label design was a contest for OSU design school students and looks as awesome as it tastes.

The water used to make these beers comes from the Mountain Fork River and is the only brewery in southeastern Oklahoma. Three Rivers is an easy-drinking blonde ale that makes you think of its scenic home.

So many breweries have popped up over the last 20 years, so many names are taken. So, Travis Richards, owner and brewmaster, created Nothing’s Left.

Strawberry Blonde is a wheat beer with loads of strawberry puree added.

Prairie was propelled to stardom by a 100-point score from Beer Advocate for Bomb!, their imperial stout aged on coffee, vanilla, chocolate and chilies. Prairie also received the prestigious Top 100 Brewers in the World by RateBeer four years running.

Everything Rhymes with Orange IPA is an Oklahoma favorite with its hazy, juicy and citrusy hops. Their approach to seasonal beers includes the new Acrylic Series. This series of beers range from lagers to double IPAs and is the new vision for Roughtail.

Joel Irby, founder and brewmaster, brews a classic style lineup alongside innovative beers. His pedigree from Avery Brewing and Boulder Beer Company helped him become one of the best new brewers in Oklahoma.

Neon Sunshine is a Belgian Wit beer brewed with coriander and orange peel but is unique due to dry hopping with tangerine peel.

Astrodog IPA is another one of Stonecloud’s most popular beers, promoting a match made in heaven with juicy tropical fruit and resinous pine.