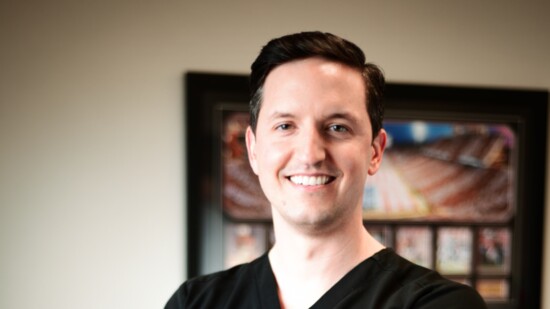 Basking in the sunshine is something most of us enjoy, and indeed it does have some benefits. However, too much unprotected sunshine can have health consequences, often in the form of skin cancers. The good news is that the vast majority of these cancers can be cured, thanks to earlier detection and extremely precise surgical procedures, said Dr. Ben Bigbie, board certified dermatologist and Mohs surgeon.

The vast majority of skin cancers are treated surgically, and the gold standard of care is Mohs surgery. Bigbie is a member of the American Society for Mohs Surgery, and is one of the few dermatologic surgeons in Oklahoma whose practice has an in-house laboratory, which allows him to offer this state-of-the-art treatment.

Mohs surgery involves removing the cancerous growth and a surrounding ring of tissue, which is then immediately examined in the lab to determine if all the cancerous cells have been removed. If not, then another small ring of tissue can be removed and examined, and the process repeated, if necessary. Once the Mohs procedure is complete, both doctor and patient can be reassured that the remaining tissue is free of cancer, and much more of the normal skin is left intact.

This process is tremendous improvement over older methods where the growth was surgically removed, then sent out to a separate laboratory. Both doctor and patient had to wait on results, and if not all the cancer cells were removed, the procedure had to be repeated.

The Trifecta of Skin Cancers

Skin cancer can strike at any age, Bigbie said, noting that he has treated patients ranging in age from 15 to 100. “The average skin cancer patient is over 50 and Caucasian, since fair-skinned people are more susceptible,” he said. “But I’m also seeing more patients in their late 20s and early 30s, who are developing skin cancers caused by early UV exposure.”

Anyone age 30 or older is encouraged to have an annual skin exam, he added.

Eight out of every 10 skin cancers are basal cell carcinomas. In fact, they’re not just the most common type of skin cancer, they’re the most common type of cancerous growth in the world, Bigbie said. These slow-growing cancers develop in the top skin layer, and they typically appear on sun-exposed areas, especially the head and neck. They usually look like flesh-colored, pearl-like bumps, or a person may notice a sore or bleeding spot with no known cause that refuses to heal. It also can appear as a flat, scaly, reddish patch of skin with a raised edge.

The second most common form of skin cancer, these growths form in the squamous cells that make up the middle portion of the top layer of the skin. Most are caused from prolonged exposure to ultraviolet (UV) radiation from the sun, tanning beds or lamps. It’s most common on sun-exposed areas like the back of the hands, head and neck. Like basal cell carcinomas, most are not considered life-threatening, if treated early, but can be disfiguring to remove if the growth is allowed to grow larger.

Melanomas develop in skin cells called melanocytes which produce our skin’s protective pigment (melanin). Although melanomas can develop in any individual at any time, constant UV exposure from the sun or tanning beds greatly increases the risk, and it is more common in fair-skinned people who naturally have less melanin overall, Bigbie said.

Still, people who aren’t fair-skinned shouldn’t ignore the risk. Melanoma can also develop in non-exposed areas, including the soles of the feet, palms and fingernail beds, and these atypical melanomas occur more often in people with darker skin tones.

“Remember those sunburns you got as a child when your skin started peeling?” Bigbie said. “Research has shown that every one of those peeling sunburns can double a person’s risk of developing melanoma as an adult. That’s why if you’re going to be outside for longer than 10 minutes, you need to be using sunscreen.”

The first signs and symptoms of melanoma include a change in an existing mole, or the development of a new pigmented or unusual-looking growth on your skin. A good rule of thumb is to remember “ABCDE.” If the mole is Asymmetrical, has an irregular Border, has multiple Colors, a Diameter larger than a pencil eraser, or is Evolving by changing in any way, then it needs to be checked out. Melanoma lesions often grow rapidly, Bigbie said.

For advanced cases of melanoma, chemotherapy, radiation and immunotherapy treatments may be used, along with additional surgery. If caught early, the survival rate is greater than 95%; if it has spread to distant organs, that rate falls to just 20%.

The Skin Cancer Center is located at 2404 Palmer Circle in Norman. Patients who would like a consultation can contact the center at 428.3200 or frontdesk@normanscc.com. Information also is available at www.normanscc.com, or on Facebook @normanskincancercenter.

“Because we have the lab in-house, we can actually do a consultation, surgery and repair on the same day, if need be, to minimize the patient’s trips to the office,” Bigbie said. “Plus, we keep a relaxed atmosphere. It’s just another way we try to serve our patients in the best way possible.”