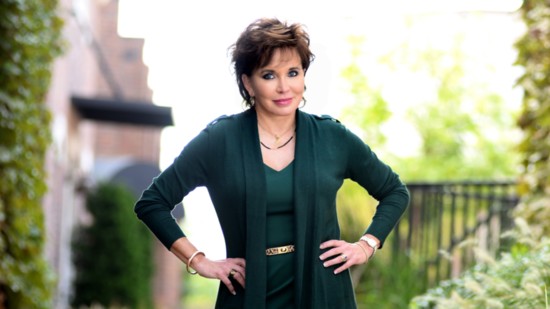 While Oklahoma and beyond know Dr. Lori Hansen, M.D., as an accomplished facial plastic surgeon, many people may not know of her passion to help victims of domestic violence.

A former Miss Oklahoma USA, Dr. Hansen is also helping victims through her work with domestic violence organizations. She is involved in outreach efforts and initiatives for women’s issues in general, but especially those that involve domestic violence.

“Years ago, my husband wanted to do overseas missions. I did not, because no one in a Third World country needs what I do best,” said Hansen.

“So as we thought about it we brainstormed who does need reversing appearance of aging and stress reversing wrinkles scars and broken bones in the face. The question was obvious. Victims of domestic violence.”

She brought this idea to the American Academy of Facial Plastic and Reconstructive Surgeons.

“They were interested and bit by bit helped me to launch that program to a national program. It is called Face to Face. It is still in existence till today and has grown,” she said.

Dr. Hansen was featured on ABC’s television news show 20/20 in 1995, which highlighted how she has made a difference in women’s issues. Having worked as an advocate for women, Hansen became nationally known for her passion, appearing on Sally Jesse Raphael, The Geraldo Rivera Show, Inside Edition, twice on the Today Show and was the inspiration behind a program called Face to Face Domestic Violence Program.

The Face to Face Domestic Violence program is a worldwide network of physicians who provide pro-bono work for victims of domestic abuse.

In 2019, Break the Silence Foundation (BTSF), a non-profit organization that assists domestic abuse survivors through the journey of recovery, and Face to Face, joined forces to help heal domestic violence survivors’ external and internal selves, empowering them to lead successful, happy lives, free from toxic violence and abuse.

“Women’s issues are the vast majority of what I deal with today and have done so for 30+ years,” Dr. Hansen said.

“I care about self issue and self-esteem of both sexes, but it seems that victims of domestic violence suffer the most from that issue.”

Dr. Hansen was honored with the National Community Service Award for Face to Face in 1995. She also earned the 1998 Spirit of Women Award and in 1999, was selected by Vanity Fair as one of America’s 200 most-influential women.

In 2000, Dr. Hansen earned the Byliner’s Award from the Association of Women in Communication and the Daughters of the American Revolution Community Service Award.

The honors didn’t stop there. Dr. Hansen also received a national award from the Aesthetic Show for the Best Facial Surgical Rejuvenation Enhancement in both 2011 and 2015.

At Hansen Aesthetics, Dr. Hansen provides a full range of services from facials, waxing and vitamin infusion therapy to surgical procedures and medical procedures like fillers, peels and body contouring.