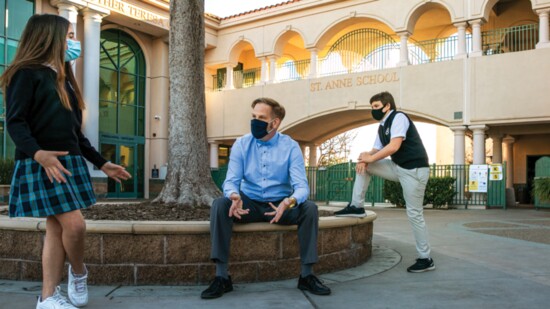 As a child growing up in Levittown, NY, Eric Hartman watched shows like “The Six Million Dollar Man” and “The A-Team” and dreamed of becoming a helicopter pilot rescuing those in need. Luckily for St. Anne School in Laguna Niguel, his life took a different path and he became a teacher. As a beloved St. Anne middle school teacher, Eric Hartman inspires students to challenge themselves and instills in them a love for learning. Although he might not be rescuing people in a helicopter or fighting villains like the A-Team, Eric serves the community in a way that will have a lasting impact and makes him a hero in the eyes of his students and their parents.

If you ask St. Anne alumni about their experience in Mr. Hartman’s class, they consistently answer that he helped them better understand the world, envision their future, and find success after graduation.

St. Anne graduate, Hunter Bennett (‘16), learned how to look for more profound meaning in Mr. Hartman’s class, “One of the many valuable things I learned from Mr. Hartman was to always find the deeper meanings in things. He was one of the teachers I looked forward to seeing at school each day.”

Eve Silverman (‘12) credits Mr. Hartman for her success after graduation, “He made every day more special than the last. Mr. Hartman instilled a deep love for learning that has lasted all this time, as I’m now pursuing an MA in Marriage and Family Therapy.”

While in the fifth grade at St. Anne, Evan Gordon (‘18) co-authored a science fiction trilogy with his father called, The Tinker and the Fold, and dedicated his second book to Mr. Hartman. According to Evan’s mom, Dee Gordon, it was Eric Hartman who inspired Evan to keep writing, “He really gave Evan that boost of confidence to continue writing. He is the best of what St. Anne has to offer.”

Eric and his wife, Tracy, have a daughter, Piper, who attends St. Anne School as a third grader. Being on the parent side of things adds an additional level of understanding to his job. His career at St. Anne School began in 2007 as a science and computer teacher for lower school students before switching to teaching fourth grade. As a fourth-grade teacher, Eric introduced emerging technology to his students and was later asked to start the Navigating Our World (N.O.W.) Plus program in middle school. This unique program is in its 10th year at St. Anne and examines various social, political, economic, religious, and cultural events around the world, helping students better understand others. It also focuses on issues such as cyber civics, stereotypes, bullying, and character education, and helps students build their presentation and public speaking skills.

Eric believes that the experiences his students have in his N.O.W. Plus and technology classes help to prepare them for their future in high school, college, and life. “One of the things I am most proud of is how prepared our students are when it comes to technology, critical thinking, and problem-solving,” says Eric. “I have developed a technologically immersive and interactive program that helps students further develop not only their tech skills, but life skills such as public speaking, confidence, leadership, initiative, and entrepreneurship.”

So how does one go from the dream of becoming a helicopter pilot to a teacher? For Eric, the inspiration to teach came from a friend’s nephew. While in business school at Adelphi University in Garden City, NY, Eric started tutoring elementary school children. A friend asked Eric to tutor his nephew, who one day turned to him and said, “Mr. Hartman, you’re WAY more patient than my teachers at school. You should be a teacher.” According to Eric, that moment changed his life. He continued his education at Adelphi, earning a Master of Education.

After student teaching at Babylon Memorial Grade School in New York, Eric decided to study abroad in London. As both a student in London and a student-teacher at a London public school, Eric had the opportunity to experience the similarities and differences in the U.K.’s approach to education. His interest in working with students from other countries has continued at St. Anne where he often connects with schools around the world to collaborate with his students. Over the years, Mr. Hartman’s N.O.W. Plus and technology elective classes have worked collaboratively with schools from as far away as Israel, Croatia, Brazil, Korea, Columbia, and Senegal.

Eric Hartman is always finding new ways to engage and inspire his students. According to his colleague, David Wheat, "Working with Eric has made me a better educator. It is inspiring to watch another teacher invest so much of himself into his craft and his students every single day!" St. Anne Head of Middle School, Maureen Bournazian, echoes David’s praise of Eric, “With an innovative teaching style, Eric provides opportunities for students to engage in meaningful and authentic learning experiences relevant to their lives and interests. He invites student collaboration and higher-level questioning and motivates his students to learn without boundaries.”

One of those authentic learning experiences is his collaboration with schools from around the world for a climate change project. Students in seventh grade choose any presentation method (PowerPoint, singing, rapping, gaming, etc.) to address various climate topics.

Another is Mr. Hartman’s lesson on cryptocurrency where students in his technology class use a bitcoin simulator to learn about investing. Students work with the simulator site cryptoSpaniards.com to invest in the market with $100,000 in play money they are each given. Students learn about blockchain, the various cryptocurrencies, trends in the market, and how to make the best investment decisions.

With his innovative teaching style and contagious enthusiasm to explore subjects, Eric Hartman inspires students to challenge themselves and to always keep learning. While he might not be soaring through the air in a helicopter, Eric is teaching his students at St. Anne School how to soar in life as they explore their gifts, discover their passions, and envision their future. 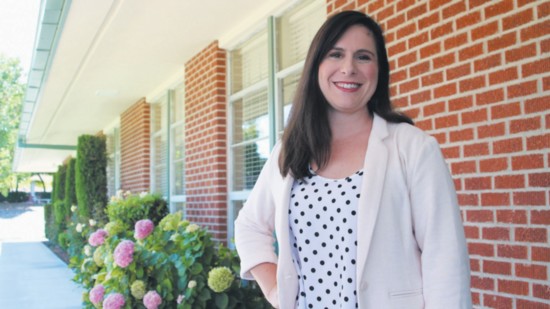 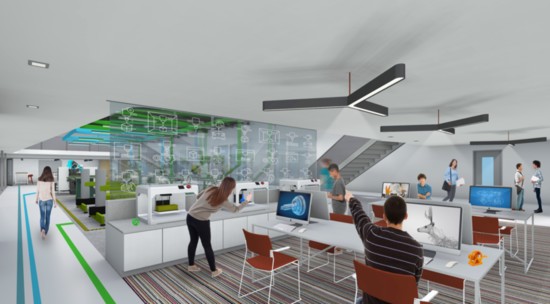 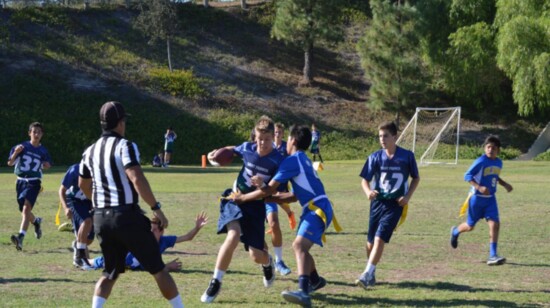